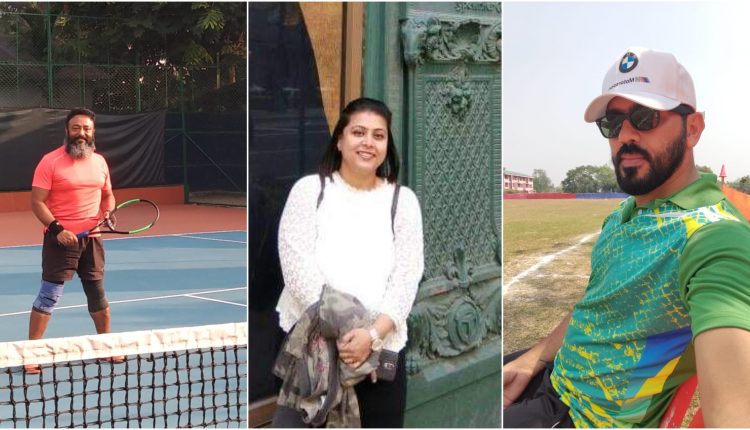 Apart from treating patients, here is how three doctors are making a big impact on Silchar’s sports

Medicos and Healthcare staff are generally highly regarded and get much appreciation from the society, and the society has elevated the stature of a Physician to the level of divinity and regards them as omnipotent God, which on the other hand grows the expectations from the patients. The pandemic has shown us the necessity of healthcare staff and a good health care system. Medicos, and health care professionals tirelessly provided their service and serve the ailing patients.

The health care professionals also had to go through a mandatory quarantine phase from time to time during the peak of the Pandemic. Hospitals, Nursing Homes became their home; they remained isolated and disconnected from their close ones and family members. Many of them continued their duty of medical consultancy from home. The pandemic has shown us the significance of the Doctors and all health care professionals. However, there are doctors who go beyond treating patients to heal society by contributing to other fields.

Dr. Siddhartha Bhattacharjee, who also happens to be the President of Silchar District Sports Association, always remains available and comes forward in every problem that the association face.  Dr Bhattacharjee is a sports enthusiast since childhood, and he used to play cricket, football during school days. Table Tennis is his favourite indoor game and he likes to spend mornings in Silchar Tennis Club.

Dr. Siddhartha Bhattacharjee has been in the medical team in every sports event that DSA organised since 1992. Be it the CK Naidu Cricket Tournament, or inter-district Cricket tournament. Silchar DSA had organised a marathon in February during which, the body was looking for a doctor and a driver for the ambulance. ‘Crisis Man’ – Dr. Bhattacharjee and his son came forward and drove the ambulance to join hands with the DSA. His contribution doesn’t end here, during the pandemic, whenever the three Ranji Players from Silchar– Pritam Das, Avishek Thakuri and Rahul Singh had to go to the Cricket Camp, Dr. Bhattacharjee helped them by managing the mandatory tests. He continues to remain associated with the Silchar Veteran Cricketers’ Club.

Pankaj Kumar Deb is an important person for the sports affairs of the Cachar District. His contributions to the development of sports infrastructure in Silchar are invaluable. Sports enthusiast Pankar Kumar Deb actually donated and provided financial assistance to DSA in making the Football pavilion, Cricket Pavilion and Swimming pool. And his legacy is being carried forward by his daughter Dr Priyanka Deb.

This region doesn’t have enough corporate houses that can provide a good sponsorship to the Clubs or DSA. So DSA has to depend on the finance that flows from government sources. DSA officials have to run pillar to post to collect enough sponsorship for conducting events or for infrastructure developments. Dr Priyanka Deb extends her helping hand to DSA. Sponsorship is an important factor for the growth of local sports infrastructure; no upliftment is possible without sponsorship. Dr. Deb understands this very well, as she has sports in her DNA. Her father was not merely a sports enthusiast, but he was a skilled football player too.

Dr. Priyanka Deb is a Pediatrician by profession. She stressed on the fact and said, “Children require outdoor activities.” Dr. Priyanka is a committed sponsor of Silchar DSA and sponsored several developmental activities including the makeover of office. The new administrative building of DSA is being sponsored by Dr. Priyanka alone. The new building would beat any other corporate office in its look and architect. The building has been dedicated after the late Pankaj Deb, father of Dr Priyanka Deb.

Dr. Samsur Rahman also made a lot of contributions to the local sports affairs. Other than being a good cricketer, Dr. Rahman is also a good athlete. Once he got the award of best cricketer in inter-school cricket tournament. He bagged many awards in athletics representing Silchar Medical College and Hospital during his college days.

He has stopped playing cricket but has a cricket club of his own – ‘Eleven Star Club’. Eleven Star plays in the first division leagues in Cachar District. This club nurtures young talents from the valley. Like Bhattacharjee and Deb, Dr. Samsur Rahman also extends his helping hand in times of need. Very recently Dr. Rahman extended his support to former State Cricketer Prakash Bhagat.

Prakash Bhagat a former cricketer who represented the state on many occasions, couldn’t get a job and was sustaining his life as a small street vendor, along with his ailing old mother. Barak Bulletin did a series of stories on Prakash Bhagat. He soon got Rs 2 lakh as  donation but could not get a dignified job. Dr. Rahaman then came forward to help Prakash Bhagat and made him caretaker of Nagatila Swimming Club.