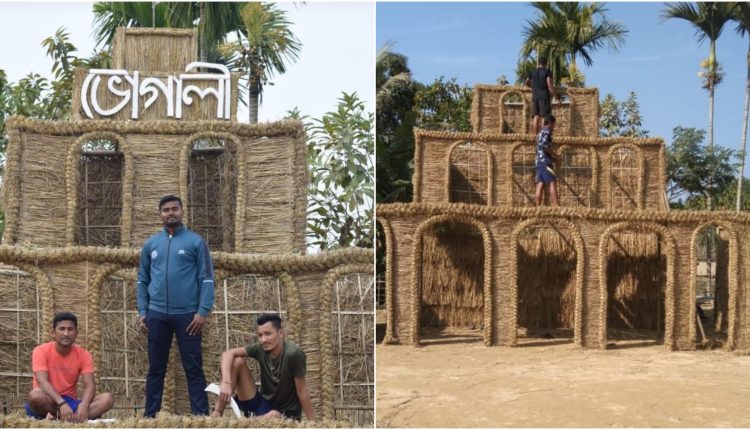 Festivals unite people and when it comes to Bihu and Sankranti, it knows no religion, caste or creed. Call it Bhogali Bihu or Makar Sankranti, Uttarayan, Pongal or by any other name, it is the celebration of hearts united by traditional food, music and dance, bonfires, flying kites and above all love and bonhomie.

In the Southern part of Assam which includes the Sylheti Bengali speaking majority areas of Barak Valley, it is known as Makar Sankranti whereas in the upper Assam and Assamese speaking majority areas it is Bhogali Bihu or Magh Bihu. It signifies the end of the harvesting season in the month of Magh (January-February). Even though Bihu lasts for only three days, the feasting goes on for more than a week if not a month.

In the closely settled hamlets of Assamese speaking villages of Barak Valley, the celebration isn’t any different, rather it amplifies the closeness and unity of their village and community. The preparation for Bhogali starts way in advance with the harvesting of crops, husking the paddy and gradually milling them for rice up to the consumption stage. Then comes grinding of rice to rice-flour which forms the base for different “pitha” and other traditional dishes. The first evening of Bhogali is also known as “uruka” where everyone gathers around the “Bhela Ghor”, built from straws of harvested paddy. On the day of uruka, which literally means the end of the harvest season, families from a neighbourhood cook dinner together, dance, sing and spend the entire night together celebrating. The women of the house get busy preparing pitha and different larus (laddo). The next morning is a ritual bath, followed by the burning of meji or a bonfire, which also gives warmth from the freezing cold bath. This fire is considered holy and to ward off the evil spirits. The ashes are used as manure for the crops. The Sylheti version of this is known as “mera-meri”.

The Adarkona Village of Karimganj, is one such illustration, where the Assamese families have been residing since decades. Like every year, this year too the men of that village have prepared a sizable Bhela Ghor with paddy straws and bamboo, almost 17 feet in height. It took them almost 5 days to build that traditional showcase which is meant for the feast on the night of Uruka. The whole village comes together for this and not just the Assamese families but the Bengalis as well join them together in this celebration of “pitha-puli”. The uruka feast generally includes consumption of meat and fish and in most cases, the men and boys of the house cooks for a change. The next day, following the bonfire of meji, begins the second day of Magh Bihu. Much like Sankranti, it’s a day of traditional puja, worship and also exchange of food, pitha, til’or laru and narikol’or laru (sesame and coconut laddoo) etc, because Magh Bihu is all about food, food and more food.