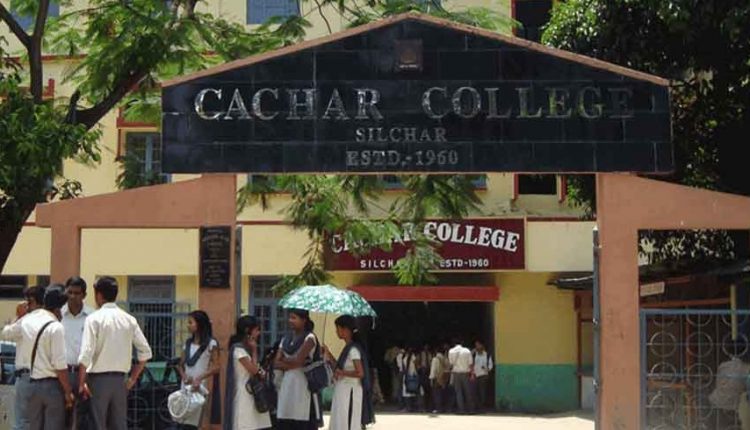 The Assam College Teachers’ Association has demanded the immediate removal of the Principal and GB President of Cachar College. In a memorandum addressed to the Chief Minister of Assam, this was mentioned by the teachers’ organisation of the provincialised colleges of Assam. This has come in light of the alleged attack on teaching and non-teaching staff of the college and also a photojournalist from Silchar. The memorandum was sent to the CM after a statewide agitation organized by the association against the “criminal assault and intimidation of the Teachers, non-teaching staff and members of the media at the behest of the principal”.

In a press statement released by the association, it condemned the physical assault and intimidation unleashed on the teachers, non-teaching staff and members of the media. The statement mentioned the attack was pre-planned by “a handful of student hooligans at the behest of the principal of Cachar College, Siddhartha Sankar Nath on September 21, 2022. This “criminal conspiracy”, the press release read, was, “hatched by the Principal with the evil objective of breaking the morale of the Teaching and Non-teaching staff who have shown their guts to stand against his dictatorial rule, administrative and financial irregularities and other countless misdeeds. This sinister and deplorable design of the Principal, Cachar College, to pit a section of the students against the ACTA has been foiled by the students themselves”.

Today was the third day of the agitation launched by the ACTA, Cachar College Unit demanding against the Principal, Dr Siddhartha Sankar Nath. Today the ACTA has called upon all its esteemed members throughout the State to join this protest movement. Regarding the support from other provincialised colleges of Assam, the ACTA has mentioned, “ACTA members in all the Provincialised colleges of the State have come out wearing black badges in support of the demand for removal of the Principal, Cachar College. Hundreds of emails have been sent today from the ACTA Units across Assam to the Hon’ble Chief Minister with copies to the Hon’ble Education Minister and the Director of Higher Education seeking his kind intervention”. The organisation has also demanded the removal of “the inefficient GB (Governing Body) president and strong legal action against the few “student” hooligans who are being used by the principal in the execution of his nefarious designs”.

In the memorandum addressed to the Chief Minister, the Teachers’ Association wrote, “the brazenly illegal, dictatorial and whimsical activities of the present Principal, Dr Siddhartha Sankar Nath are the main reasons behind the deterioration of the academic atmosphere on the college campus. Since he joined Cachar College in October 2019 as the Principal, he has been flouting all acts, statutes, rules and guidelines of the Government of Assam in running the internal administration of the Institution. He was recently held responsible for serious dereliction of duty by none other than the Education Minister on the floor of the Assembly”.

Demanding the removal of the Principal and the President of the Governing Body of the college, the memorandum also mentioned the “endless list of misdemeanours” of the Principal from asking an Assistant Professor of Sanskrit to teach History and Philosophy, to holding GB meeting with more than twenty unauthorized people; from spending crores of rupees without budgetary approval and the statutory audit, to obstructing the entry to the campus of an Assistant Professor of Political Science for 16 months.