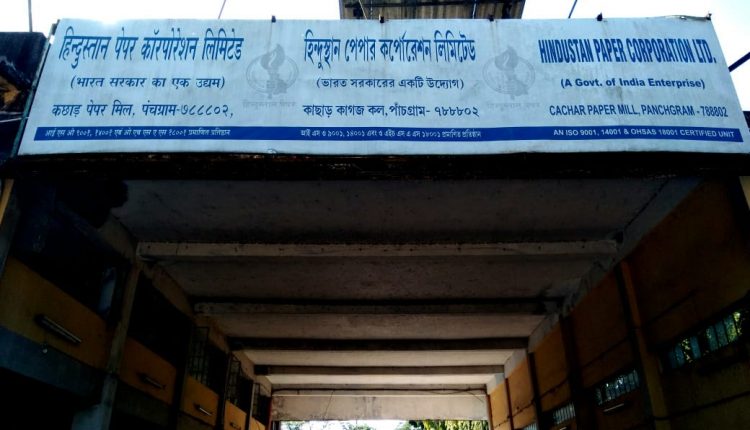 Another paper mill worker passes away; Memo to Modi

The Katigorah Development Committee, on Monday, submitted a memorandum to Prime Minister Narendra Modi demanding revival of the Cachar Paper Mill, which has been lying defunct for the past few years.

Cachar Paper Mill, the only major industrial undertaking in Barak Valley, is located at Panchgram in Hailakandi district, around 24km from Silchar.

The memorandum, which was submitted to Modi via Katigorah civil sub-division officer by the committee’s president Nabendu Sekhar Nath, said thousands of families of the valley have been suffering for the past several months because of suspension of operations in the mill and non-payment of salaries of the workers. It has become extremely tough for the families to survive and thus the government should take the matter seriously and initiate steps to make the mill functional at the earliest, the memorandum said.

Besides, the committee demanded that a CBI probe be conducted so that those responsible for the mill’s defunct condition get exposed and stern action is taken against them. Copies of the memorandum were also submitted to Union minister for heavy industries and public enterprises Anant Geete and Assam chief minister Sarbananda Sonowal.

The committee also urged the organisations and civil society groups of the valley to come together and raise a strong and united voice over the matter.
Sharing his reaction, Manobendra Chakraborty, the president of HPC Paper Mills Revival Action Committee, a joint body of workers’ unions of Cachar and Nagaon paper mills, said lakhs of people are suffering only because of the apathetic attitude of the government.

He said a total of 51 workers have died since the mills ceased functioning and attributed poverty, excessive stress and lack of medical treatment for the deaths. “Another worker of Nagaon Paper Mill – Roop Singh Deori passed away on February 2. Deori was suffering from hypertension and some other ailments, but could not afford treatment because of financial crisis. His sufferings finally came to end on Saturday,” he said.

He alleged that the government is completely responsible for all the 51 deaths. “The government has murdered these workers,” he said and added that the spate of tragic deaths will continue and many more workers will die if the government does not take prompt measures to reopen the mill and remit the pending salaries.