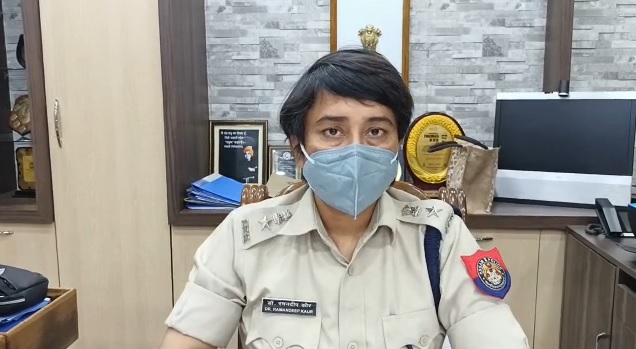 Yesterday, the labourers constructing a road between Khulicherra and Bagewala Village in Shewrartal GP, Dholai were attacked by the Mizo miscreants. At least four kilometres within the territory of Assam, the road construction work has been commissioned by the PWD. The sudden attack yesterday has terrified the excavator drivers as they had to run for their life.

To take note of the situation, Superintendent of Police, Ramandeep Kaur visited the spot last night. “The drivers and men at work informed that they were attacked by the miscreants. Since that is a no-network zone, they could not call for help from there, so, they had to rush to the plains,” said the SP. She added that the Police recorded the statements of the drivers and locals.

“It is a small stretch where the work is going on. A lot of the work of this 3.8 kilometres long road has already been completed. The work will progress as per plan and the road construction work will be completed. We will provide security to the men at work,” added SP Ramandeep Kaur.

Yesterday afternoon, at around 2:00 pm, two Mizo civilians approached the men at PWD’s work within the territory of Assam. Three poclain JCB excavators were deployed by the construction company, Shabnam Traders that bagged the contract to construct a road between Bagewala Village and Khulicherra located in Dholai’s Shewrartal GP. The Mizos filmed them while they were doing their work.

The driver of the JCB said that a few moments after he was filmed by the Mizo civilians, around 15 to 20 others approached the labourers at work. “They started attacking us with slingshots. Some of them were carrying bows and arrows and a few of the civilians had guns with them. While we could only see 15 to 20 of them, many others were hiding in the dense forest,” said the driver of the JCB.

“We held the cup (loader) of our JCBs in front of the glass and drove out of the area as fast as we could. We could hear hundreds of slingshots being fired at our vehicle. We heard a few gunshots too,” the driver added.

They will again return to work today.