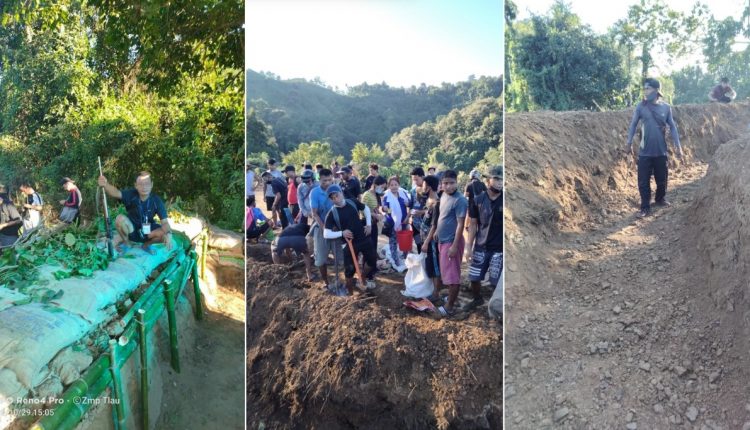 The Assam – Mizoram conflict needs the immediate intervention of senior officers in the Central Government otherwise, the locals fear that there would be episodes of a bloodbath. An audio clip has gone viral in Mizoram yesterday which claims that the Assam Police will open fire at the camps set up on Assam – Mizoram border.

The statement made in the audio is a clear clarion call for war. In Mizo, the commentator asks all the residents of Mizoram to walk to the borders with whatever weapon they have. The commentator also mentions that this is the only way to safeguard Mizoram’s territory from the miscreants in Assam as the Assam Police is going to open fire.

The locals in the Vairengte area have seen a huge congregation of people from Mizoram and most of them are standing with some sort of weapon. The Mizoram government has distanced itself from the audio clip. The Assam Police, on the other hand, made it clear that it wants peace to prevail in the border and never made any such plans to force out the camps set up by Mizoram in Assam’s territory.

Officials in the Assam Police said that the audio clip is an attempt by miscreants in Mizoram to mobilise the general public and escalate tension on the interstate borders.

Meanwhile, thousands of Mizoram-headed trucks are parked on Assam’s side of the border. The drivers’ and truck owners’ associations said that the drivers do not find safe to ply to Mizoram where there are armed officials deployed and that is why they don’t want to enter the state. On the other hand, the officers and cadres of Political Parties in Mizoram are blaming Cachar administration and Assam Police and accusing them of installing an economic blockade.

However, DC Cachar has denied it repeatedly. In fact, last night the administration has issued a press statement informing that the administration has reached out to the drivers. The press release stated Sonai Circle Officer, Sudeep Nath visited Lailapur in Cachar district close to the Assam-Mizoram inter state border on Thursday and held discussion with the local residents and truck drivers who are unwilling to ply their vehicles to Mizoram.

“Nath, who visited Lailapur as per Cachar Deputy Commissioner Keerthi Jalli’s instructions, urged the local people to withdraw the blockade so that movement on the National Highway is normalised. The truckers said they were scared of going to Mizoram side, especially after the blast which took place recently. Locals, too, refused to withdraw the blockade and made it clear that they would not do so until a permanent solution,” stated the press statement.