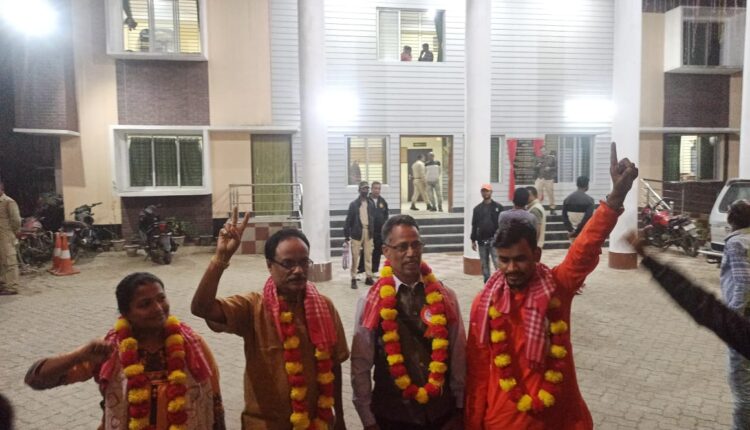 The Barak Democratic Front (BDF) called for a 12-hour strike for the three districts of Cachar, Karimganj and Hailakandi today. Many other organisations including the Bangali Naba Nirman Sena extended support to BDF in this call for a Bandh. The demand behind this “Barak Bandh” was several and among the primary was the unemployment of the youth of Barak. Organisations like Amra Bangali, Raijor Dal and several others joined hands with BDF for this bandh. The members of these organisations and groups picketed on the streets of Silchar, Karimganj and Hailakandi and several were detained by the police. In Cachar, 4 picketers were detained and later released at around 6 pm.

The bandh called by these organisations was with the demand of the youths of Barak being “deprived” of government jobs and the torture of non-tribals in Meghalaya, along with the “harassment” of local betel nut traders by the police. The premise is that the Grade III and Grade IV jobs in Barak Valley has to be provided to the applicants of Barak Valley itself. There was a partial impact of the bandh in Hailakandi and Cachar and Karimganj. Most of the shops and business establishments remained shut in Cachar and Hailakandi.

Four picketers were detained from the Central Road in Silchar, three of them were from Bangali Nabanirman Sena (BNS) and one from BDF. The police later released them in the evening. A female picketer of the BNS has alleged that she was manhandled by the police while she was supporting the bandh. Another detainee after release also alleged that the police in the investigation room of Sadar Police Station asked her to speak in Assamese if she wanted to communicate with the said police officer.

In Hailakandi reportedly, a Raijor Dal leader and another Krishak Mukti Sangram leader were detained by the police while picketing in support of the strike. Even though several business establishments remained shut, government offices, banks and educational institutions remained open and functioned unaffected.