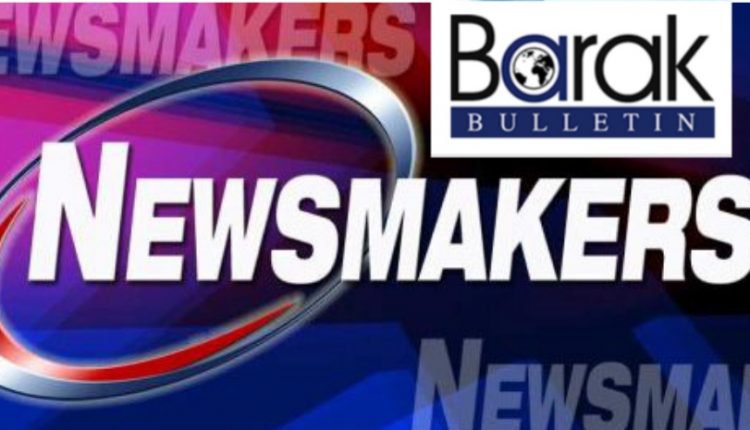 2020 has been a year off the script by all means. It has been a year that no one planned for, a year full of shocks and some surprises. There is a saying, when the sirens wail, somebody is going to jail and somebody to the emergency. Very much like the Eagles-song, the sound of 2020 has been of the siren that an ambulance wails.

Amidst the lows and super lows, there were a few highs as well. In a nutshell, we all will hope that a year like 2020 never arrives again. At the same time, we will move ahead learning many lessons.

For Barak Bulletin too, this was a year of uncertainty. The revenues went to zero at one stage, the expenses were mounting. Because people were scared, they turned to credible sources for news, and Barak Bulletin definitely turned out to be one. In the month of July, an unprecedented number of people logged in to Barak Bulletin, the website crashed multiple times. We had to invest in technology and enhance our capacity to accommodate a seamless experience.

Our correspondents braved the virus and went on reporting from the ground. The grit, courage, and efforts got recognised. Barak Bulletin emerged as one of the most-read websites in the North East. In a nutshell, more than 15 lakh unique individuals read Barak Bulletin over 50 lakh times.

Filming A Lady Cashier Inside The Bank, Then Making It Viral, Then An Action Followed By Press Release: Raises Many Questions

This editorial was the most read story of 2020. The editorial was written after a press statement was released by the Cachar District Administration.

This piece of news emerged as the second most read. While this might surprise many, it also proves the fact that people were craving for things to unlock.

“People Used To Call Me And My Mother Mad, But I Was Determined. Today I Am Lead In A Star Plus Show,” Silchar’s Debattama Saha (Read Here)

This story was published in December. In such a short span of time, the story reached out to thousands. An inspiring tale of the Silchar girl who fought all odds to chase her dream touched hearts.

Again a story published recently made it to the top. The call from Silchar became a piece of National news. Starting from Scroll to Hindustan Times to many other publications headquartered in Delhi and Mumbai followed up Barak Bulletin’s report. Many of them even gave credit to Barak Bulletin.

“I Did Not Lock The Door From Outside,” Sarbari Nath On The Fire In Ambicapatty (Read Here)

This interview is with a mother who had just lost her 4-year-old in a devastating fire. She was in office when a fire broke at her residence. Her husband was out for work too. Her 4-year-old was with the househelp who also happens to be her relative. Many alleged that she had locked the house from outside leaving two minors inside. She was crying all throughout the interview.

The Assam-Mizoram territorial tussle has been in the news in the later half of the year. The government of Mizoram maintained its aggressive stance and kept using forces against civilians. In this story, Barak Bulletin captured the atrocities that the DC of Cachar Keerthi Jalli and SP, Bhanwar Lal Meena had to undergo. Mizo youths were pointing guns at them throughout. The photo story exposed the law and order situation in Mizoram.

An interview with the chief secretary on the COVID situation was a breakthrough moment for Barak Bulletin. Kumar Sanjay Krishna spoke in detail about Barak Valley. At a time, when the general perception was that Dispur is busy with Bramhaputra Valley, an interview about Barak Valley earned a lot of confidence.

It is another such news which Barak Bulletin covered first and was later followed by national and international publications. GC College students had lodged an FIR against their lecturer for allegedly abusing Prime Minister Narendra Modi and hurting Sanatan Dharma. He was sent to Judicial custody by the Court.

The father of Rituparna Nath is an employee of Cachar Paper Mill. He has not got his salary for more than 48 months. Life for him is a living hell. While he was with his son at a hospital in Shillong, his daughter died. His son needed bypass surgery and his daughter – an Engineer needed advanced treatment to fight her Cancer.

The constable was returning home from his duty and he saw a crowded market during the lockdown. The people in the market thought he is a policeman and will ask the yard to shut. Few attacked him and he collapsed. Family said he was lynched the SP, without any medical evidence claimed he died due to brain stroke.