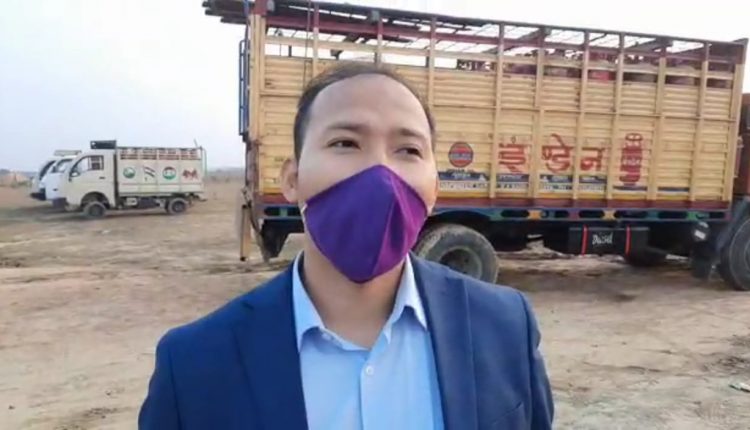 Based on an intel received, the Supply Department of Cachar in association with Indian Oil Corporation raided a godown near the Ghungoor by-pass. In the raid, the agencies recovered over one thousand domestic gas cylinders. The godown has been illegally set up in that location by “M/s Ashiya Indane Gas Services”.

According to Kishan Churai, Assistant Commissioner Cachar, “as per the information we have received, we came here along with the supply inspector to take stock of the developments. During our inspection we noticed that, as per paper documentation, the Ashiya Gas agency’s address is in Rongpur, but this godown near Ghongoor has been built unauthorizedly. Since both the addresses don’t match, the Supply Inspector has seized the cylinders and the illegal agency.”

The raid was made successful by different officials including from the Indian Oil Corporation, Kishan Churai, the Assistant Commissioner and Dhrubo Jyoti Pathak, the Supply Inspector. Speaking to our correspondent, the Assistant Commissioner said, “Now the responsibility of this agency will be given to some other competent dealers and Ashiya will lose their ownership rights”.

The agency has been black marketing these cylinders illegally and selling them at much higher rates. Black Marketing of LPG cylinders is a big problem in India as people sometimes don’t get refills in time of their need and that’s when these illegal agencies come in handy.