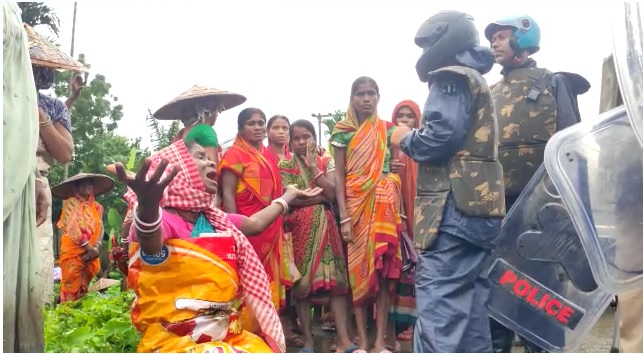 Local politicians of Barak Valley have reacted to the eviction drive that began today in the Lalbagh Tea estate in Dolu. The Cachar Police has employed 150 JCB and excavators to clear the tea plantation from that area. A few days back, the district police administration had conducted a long flag march in the area where the proposed greenfield airport is supposed to be built.

Local people, the tea tribe and laborers of the Dolu tea estate had protested vehemently against the proposal of an airfield. They said this is going to push their lives into uncertainty and vulnerability.

Heavy deployment of security personnel has cordoned the area, making it impossible for the tea garden workers to enter the site embarked for Greenfield Airport. Hundreds of tea garden workers were drenched amid the heavy rainfall and started pleading to the security personnel. Some of them even bowed down to the feet of police personnel, “Better bomb us and kill us but don’t destroy the tea garden; our grandfathers have worked in this garden; we have nothing to live by except the garden.” The eviction and destruction of the tea plantation were carried out anyway ignoring the woes and cries of the marginalised.

Barak Bulletin reached out to several politicians from Cachar district to fetch their opinion on the chain of events that unfolded since today morning.

Silchar MP Dr. Rajdeep Roy:  Answered the call and said hello, disconnected immediately after knowing that the call is from Barak Bulletin.

I think the administration has completely mishandled the situation. We want the Greenfield Airport; however, we have clarified our position on this matter earlier in the all-party meeting. The way the land acquisition and eviction have begun is totally problematic; the administration is insensitive. We demanded proper compensation and rehabilitation.”

We have made it clear and our demand is no act of development should harm the people, and their interest, their livelihood is our first priority. We had welcomed the proposal for a green airfield but not at the expense of the lives of the common people of Dolu tea garden. 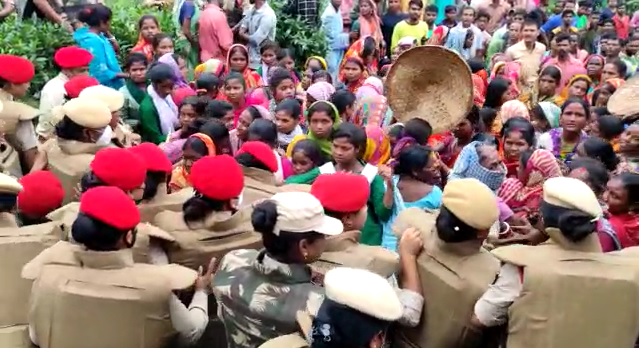 We submitted a memorandum a few days ago. We said that the confidence of the concerned workers and residents has to be gained first before taking any action. There should be no coercion upon the people of Dolu. If they evict anyone from their home or residence, we will be opposing it outright. We demand proper compensation and rehabilitation of the workers. 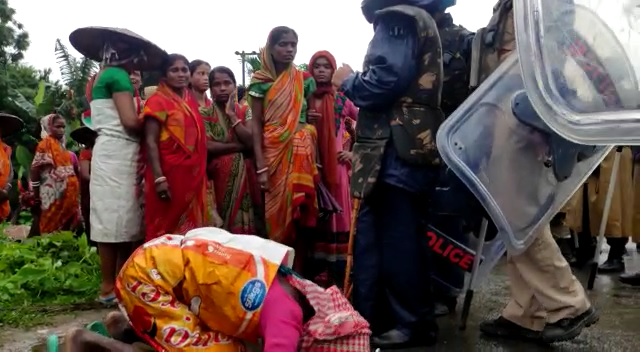 We supported the proposal of a greenfield airport, but we made it clear that we don’t want it at the cost of common people. I don’t know what the government and authorities are doing, they should have gained the workers’ confidence first, and then started the process. They should have started the alternative plantation site first, and then no such problems would have arrived. Instead, they decided to come up with bulldozers and police. The government doesn’t know anything except using bulldozers, which has become a trend over the country. We are confused about what will happen to the poor workers, who are in large numbers. The authority should have been engaged in confidence-building and then started the work. There’s no industry right now in Cachar except tea; there was one paper mill which is also closed. Now, if they mistreat the tea garden, this will be lost eventually.

It is worth noting here that though the opposition members opposed the eviction drive, none of the people’s representatives actually went to the spot in order to stop it.