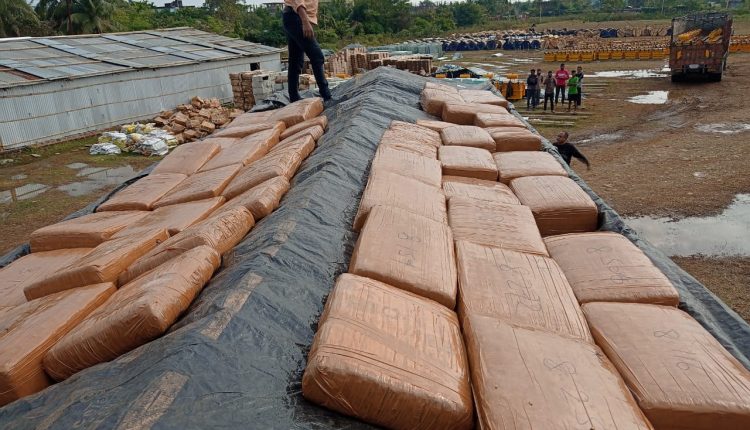 BSF and DRI seize ganja worth Rs 54 lakh from Cachar

The Border Security Force (BSF) troop in a joint operation with DRI officials on 13th January has intercepted a Tata Truck near Gumrah Petrol Pump on NH-06 and seized a huge amount of cannabis worth Rs. 54 lacs. Acting on a specific information from Directorate of Revenue Information (DRI) regarding illegal transportation of Cannabis (Ganja), one Battalion of BSF along with DRI officials has intercepted the runaway truck bearing Number BR 01 GC 9385.

48 packets, wrapped on brown tape weighing 360.370 kilograms worth Rupees 54,05,550, were recovered from the truck. On preliminary questioning by the authorities, the truck driver accepted the fact that they were in fact transporting the consignment of cannabis. The illegally being transported shipment was concealed between a thick layer of tarpaulin used for covering the truck.

The seized items along with the vehicle, it’s driver is now under the custody of DRI Silchar for further legal actions and investigation. It is worth mentioning that the truck was approaching from Tripura side and the Border Security Force has been in their successful drive against narcotics since some time now.

Landslide: Silchar – Guwahati road via Shillong likely to open by 11:00 am: DC…