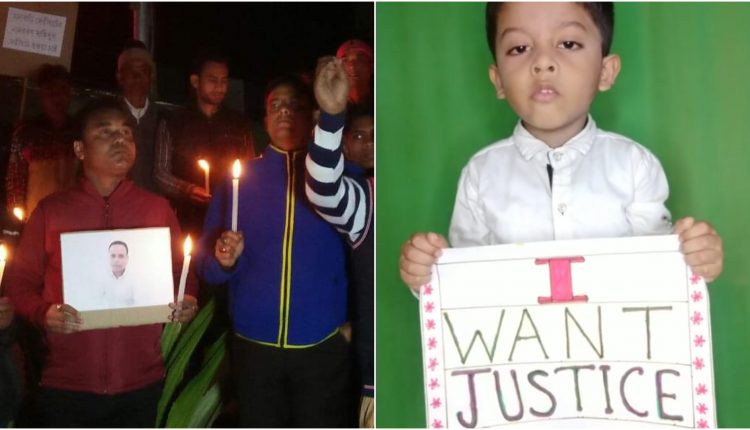 Cachar Murder: Minor son pleads for justice in an emotional video; His father was killed by 11 miscreants

Saidul Alom Laskar was a contractor based out of Silchar’s South Krishnapur area who was leading a happy life with his wife and a 3-month-old son. On the night of December 26, 2016, Saidul Alom was mercilessly beaten and murdered by eleven miscreants due to his relentless intervention in an alleged sand mafia racket. Almost five years have gone by since that dreadful day, and the killers are still at large roaming peacefully while the court’s date of the murder case keeps getting deferred. While the judiciary is taking its own time in passing the judgment in this Saidul Alom murder case, his family of wife and 5-year-old son is living a life of paranoia and intimidation.

Yesterday, the late victim’s minor son, Rizwan Sahid Laskar, put out a video appealing to the authority and government to look into this matter so that justice doesn’t get delayed any further. The video posted on Twitter, where the late victim’s son is seen appealing in his innocent feeble voice holding a placard written ‘I WANT JUSTICE’, was addressed to Prime Minister Narendra Modi, Home Minister Amit Shah, Chief Minister of Assam Himanta Biswa Sarma, as well as Cachar police. The same Rizwan appealing to the government was merely 3 months old when his father was brutally murdered on December 26, 2016.

Saidul Alom Laskar a.k.a Bibu, before his untimely demise, was quite vocal about the alleged sand mafia racket and their operation from the Sonabarighat ferry that were smuggling huge amounts of sand was being operated by a few mafia men. According to media reports, Saidul Alom was quite disappointed and frustrated by the fact that sand mafia kingpin Abdul Matin Choudhury and his sons in collaboration with some others were successfully leasing the Sonabarighat ferry ghat and using it to smuggle off sand from that area to different parts of the country. After realising the full extent of the sand racket, he tried to stop them from securing the lease and due to the conflict arising out of it, was later attacked with sharp weapons on the night of December 26, 2016, outside the IWT Office in Chandmari road of Tarapur, Silchar. He was rushed to the Silchar Medical College & Hospital where he succumbed to his injuries the following day.

The case was filed by the victim’s wife Jannatul Ferdous Laskar naming a total of 11 accused behind the murder of her husband including Abdul Matin Choudhury and his sons. Initially, out of public outcry and protest, three arrests were made by the Cachar police while others were at large. But gradually, as the case became lengthy and dates kept getting deferred with long gaps, even the arrested suspects managed to get anticipatory bail. This means that even after 5 years of Saidul Alom Laskar’s brutal murder, that too in front of witnesses, all the accused killers of the case are still roaming free and peacefully while the family waits for justice to prevail. 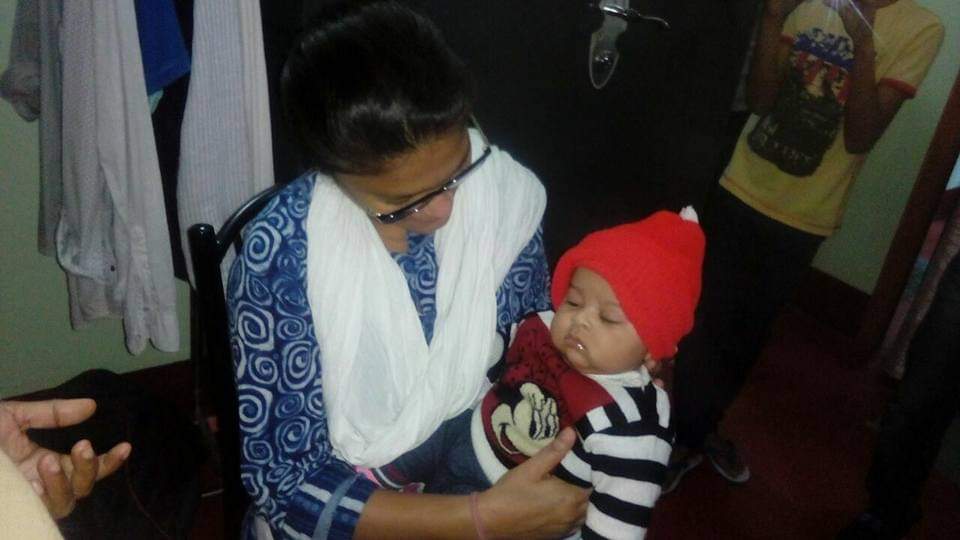 Mohidul Haque Laskar, the brother-in-law of late Saidul Alom Laskar and brother of wife Jannatul Ferdous Laskar, said to Barak Bulletin that the victim’s family has been living under fear as all the prime accused in the murder of Saidul Alom Laskar are out on bail and roaming freely.

“The murder case of my sister’s late husband has been going on for years now, with gaps between court dates getting gradually longer with passing time. While justice is certainly getting delayed here, my poor sister and her 5-year-old son have been subjected to living under constant fear and intimidation as the accused who are out on bail have their day-to-day unrestricted movement nearby their vicinity, thus making them almost paranoid about their security”, said Mohidul Haque Laskar.

Further adding, he said, “My nephew Rizwan, late Saidul Alom’s son, is studying at KG-II currently whose mother doesn’t feel safe anymore having her son going to school every day now that physical classes have resumed. With such murderers freely roaming in the vicinity with hardly any restriction puts the family at great risk. I, therefore, request and appeal to the local authority and the current government to kindly look into this matter so that the trial gets expedited and my sister and her family get their due justice which is only getting delayed till now.

Assam’s rice wine ‘Judima’ gets GI tag; “It is a matter of…