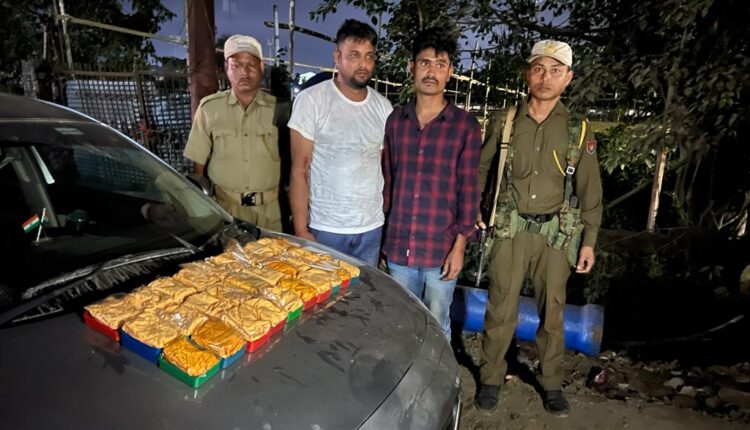 NDPS substance worth rupees 40 lakh was apprehended by Cachar Police last evening from Trunk Road in Silchar. The narcotic substance, suspected to be heroin was confiscated from a private 4-wheeler. Two individuals were also held in police custody for investigation. The vehicle registered in Silchar was coming from an outside state.

The market value of the confiscated narcotic substance is estimated to be around 40 lakhs. The two-person arrested in this case are Sahid Muhammad Laskar and Shehnwaz Hussain Mazumder. Informing about this incident, Cachar SP Numal Mahatta said, the vehicle was travelling from a state outside Assam into Cachar.

The APS officer also mentioned further investigation, in this case, is ongoing to find more links and people involved in this circuit.