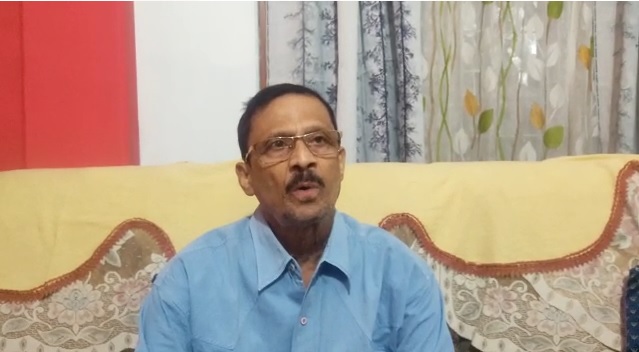 “Can think of calling off the strike if CM asks,” Pradip Dutta Roy after Silchar OC’s warning notice to BDF

The Barak Democratic Front has called for a Barak Bandh on November 18. A meeting held by the organisation yesterday saw support from various political parties and groups. The strike that is being called primarily with three demands has added another to the list after they received a notice from the Cachar Police to call off their strike. The notice was served based on the provisions of section 149 of the CrPC. In counter-argument to this notice, the BDF has responded to say the strike can only be called off at the request of the Chief Minister of the state.

The strike that is being called by the Barak Democratic Front (BDF) on November 18 is now being supported by various organisations including the CPI, Congress, Trinamool Congress and other political parties and organisations. Even though the allies demanding the strike have reiterated the strike to be peaceful and democratic, the Officer-In-Charge of Silchar Police Station has issued a notice stating otherwise. In the notice sent to BDF’s chief convenor Pradip Dutta Roy mentioned the subject matter of the strike and said, “Whereas, information gathered from press meet evincing that there is every possibility and apprehension of breach of peace, if the proposed 12 hours strike is not called off. Moreover, there is sufficient grounds to belief that if the members of your organization assembled in any public place to observe the proposed strike they will design to commit cognizable offences, which may invite serious loss of life and Govt property… In exercise of power conferred upon me u/s 149 CrPC, you are here directed by serving upon the notice to refrain from gathering in any public place within this PS jurisdiction and also directed to call off your proposed program of 12 hours strike on 18th Nov/2022”.

The notice signed by Inspector Amrit Kumar Singh also read, “Further, you and any member of your organization shall not utter any word with deliberate intention to wound the religious feelings of any person and to deliver any inflammatory speech which may promote enmity between classes, thus inciting to involve in any cognizable offences. The Notice is served upon you in the interest of public service and preventing from commission of any cognizable offences”. The notice warned non Compliance with the directions can compel the inspector to take pecuniary action against you the convenor per the law in existence.

In reply to this notice served, Pradip Dutta Roy said, “I have requested the administration to permit us the announcement of this strike with loudspeakers, but the permission was not issued. Yet the people from remote parts of Barak know about this strike now and people will come out to support this strike with or without the announcements. Now the strike is not just limited to BDF, Congress, Trinamool, AIUDF, ACKHSA and various other organisations too have joined and agreed to make the strike successful. The strike will be held peacefully and in this how can the police question this bandh? We can think of calling off the strike if the Chief Minister asks us to but then we must be given time to discuss and call a meeting for that and today it’s already November 16”. He further asked the authorities and police to communicate with the CM if the strike has to be called off.