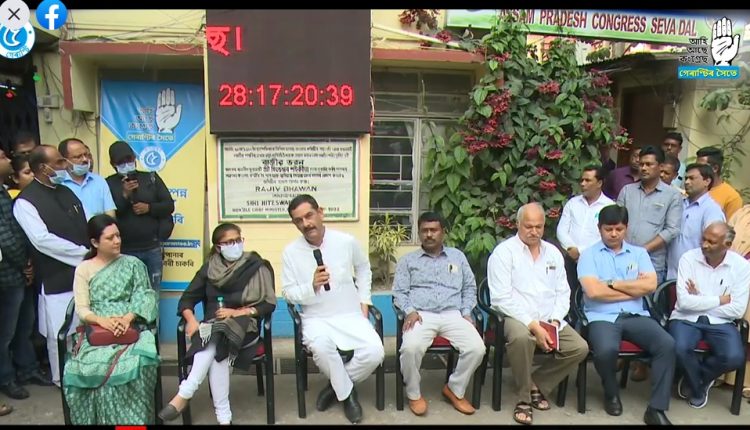 “We have gone to the grassroots and after interaction with thousands of people, we have come to these five guarantees. It is after consultation with the poorest of the poor, the Congress has chalked out the manifesto which will also be made public soon,” said Singh.

He also unveiled the “countdown” campaign. As a part of it, Congress will install LED screen in 30 districts and each will display the countdown to the last polling day. “This is a countdown of the number of days this government is left with,” informed Singh.

While announcing the five guarantees, Singh emphasised on youth and women. “The youth of Assam who has acquired education and is now wandering around in other states will be respected by Congress,” he said. Adding, if Congress forms the government in Assam, it will open up employment opportunities by rolling out five lakh government jobs and 25 lakh non-government scope of employment. Out of that, 50% of the jobs will be reserved for women.

He also announced that all the housewives and unemployed women in the State will get Rs 2,000 per month if Congress forms the government with its alliance. At the very beginning, Singh declared that “after uprooting the BJP and forming the new government,” it will ensure Rs 365 as a mandatory minimum wage for the tea garden labourers.

Singh asserted that after walking around 10,000 kilometres the team found out that the biggest issue in Assam is price-rise and to encounter that, the new government if formed will provide free electricity upto 200 units per family.

All India Mahila Congress president, Sushmita Dev who was also present at the press conference asserted that women will play a significant role in dethroning the BJP from the government in the upcoming elections.