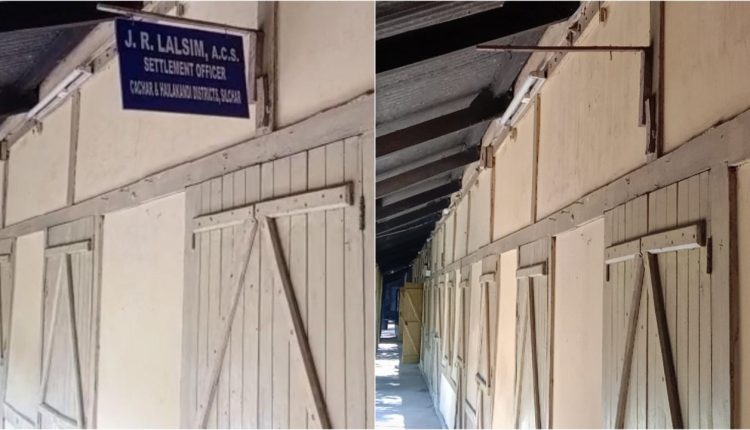 Cachar district administration is under immense pressure. It has harldy happened in the past when there are so many projects running simultaneously. The administration is short of human resources and at times, failing to deliver up to the expectations of both general public and leadership in Dispur. It seems the workload is taking a toll and forcing cracks in administration’s top leadership.

If sources are to be believed then senior officer in Cachar district administration, JR Lalsim has written to the deputy commissioner of Cachar, Keerthi Jalli pleading to be relieved from all charges. She is in charge of DDMA, Social Welfare, Settlement Office. She is also the executive officer of Silchar Municipality Board and holds many other key portfolios.

Sources close to the development informed that she has written to the deputy commissioner around ten days back, but the DC is yet to respond to it. While this is administration’s internal matter, what comes as a shock for the general public is that JR Lalsim’s nameplates have been removed from all offices she is in charge of.

What transpired between JR Lalsim and DC Keerthi Jalli remains unknown. Sources in deputy commissioner’s office say DC Jalli holds high regards for JR Lalsim and their strong professional bond has helped the district to execute many projects effectively. After former ADC Sumit Sattavan got transferred out of Cachar, Lalsim emerged as her preferred lieutenant to handle high pressure portfolios. Deputy Commissioner Keerthi Jalli refused to comment on the development. But senior officers in her office confirmed to Barak Bulletin that she has not approved or agree to relieve JR Lalsim from the respective charges.

Without deputy commissioner’s approval, who then removed the name plates from the offices? Repeated calls to JR Lalsim did not incur any response. While her nameplates went missing, when the fire broke today morning, she was spotted coordinating as DDMA’s in charge. So, is the removal of the nameplates just a subtle way of saying, “I won’t wait for the approval?” It remains unknown.

Both Jalli and Lalsim are identified as “workoholics” in Cachar district administration. Lalsim’s role during the disposal of Covid-infected deadbodies during the second wave garnered wide appreciation. On the other hand, DC Jalli is one of CM Himanta Biswa Sarma’s most trusted in the state. Now if this letter from Lalsim to DC is a result of fatigue or difference in opinion or if it is the consequences of a clash between the two top officers, these are questions that remain unanswered.