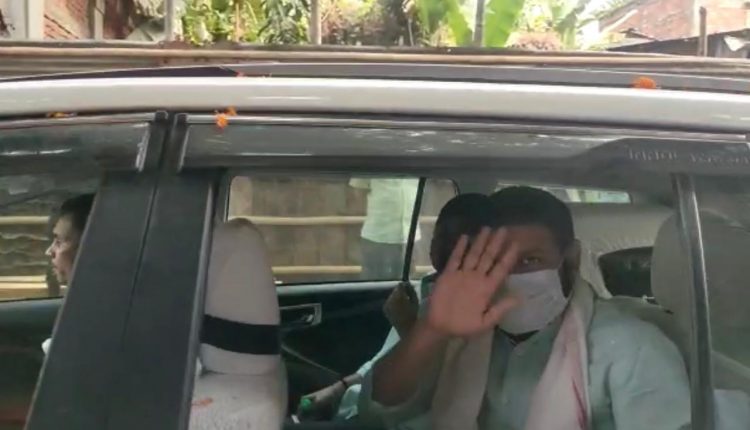 Dr. Kanhaiya Kumar, it’s okay to run away from questions, but why point finger, shout and misbehave?

In all fairness, the press in India as a whole has never been fair or kind to Kanhaiya Kumar. It is understandable if he hates the press. But it is also true that it is the press that made him a star campaigner, a public figure, an influencer. From being a Students’ Union President to an Executive Council member of the Communist Party of India, Kanhaiya Kumar is an idol for millions of youth who aspire to be a public figure a public speaker.

Today, Kumar is in Barak Valley to campaign for the All India United Democratic Front (AIUDF) candidates. He is a star campaigner for the Grand Alliance (Mahajhot). All 15 constituencies in Barak Valley go for polls on April 1, 2021.
In the morning, reporters asked Kanhaiya Kumar for comment while he was at the airport. He did not give one. Then he reached the party office in Bhuiya Galli, Janiganj. There the reporters asked him for a few minutes as they have questions for the star campaigner. He did not take any, “Now we are going to the temple,” he said.

From Janiganj, Kumar went to Baram Baba temple in Silcoorie and there he offered Puja for more than 30 minutes. After he finished performing all the rituals, outside the temple, the reporters asked him for a few minutes. Kumar replied, “Mandir mein Rajniti nahi karte hain, come to the meeting organised a few metres away.”

The reporters went to the meeting at Silcoorie Nach Ghar. After his speech, he was again asked (politely begged) for a few minutes. His reply, “Subah se kuch nahi khaya,” and he walks away to the air-conditioned car while the reporters stand under the scorching heat.

Again, with all fairness to Kumar, he did not invite the press, and thus he is not liable to take questions. Few reporters went home with the story that Kanhaiya Kumar has offered Puja in two temples. However, a couple of them chased him to the next stop – the residence of the candidate he was campaigning for. The candidate treated the press with respect and dignity. The cameras were on tripods, inside a room that the candidate was kind enough to share exclusively with the press

Kanhaiya Kumar walked in, clicked selfies with around a hundred young followers while eating his lunch. The reporters – a handful of them, respected his private space and did not interrupt. He walked out with the candidate who escorted him to the room where cameras were on standby. He saw the media and said, “Media se baat karke Bhasan dene ka man nahi karega,” and tried to walk out of the room. The candidate he was campaigning for, requested him, “sirf paanch minute, they have been waiting for you.”

Dr. Kanhaiya Kumar lost his cool, raised his hand, and pointed his finger right at the face of Barak Bulletin’s journalist, “Tumko bite nahi diya maine? Jhoot Kahe Bol Rahe Hain Modi Ji Ke Tarah,” he screamed and was not polite at all and then he walked away.

Dear Dr. Kanhaiya Kumar, the reporter might not have a doctorate from the prestigious Jawaharlal Nehru University, but he has more experience as a journalist than you have as a politician. You have all the right to ignore questions and the press, but why point fingers and misbehave? No, the reporter you pointed your index finger at was not lying but you were.

This was not the first time, the reporter was misbehaved with. While at the temple, a young boy (at least by the looks) who accompanied Kanhaiya Kumar was blocking the camera’s lens and taking selfies/clicking pictures, every now and then. The reporter said, please excuse and he was very polite, the boy replied, “Kyu Kaun Hain Bey.” The reporter was polite to ignore, not because he was scared or intimidated by a star campaigner but because of his upbringing. He remembers his modest learnings – Atithi Devo Bhava while the doctorate Mr. Kumar forgets his high profile education albeit from a government institution that survives on taxpayers’ money.

Here are the questions you ran away from… You said no politics in the temple, so, do you perform puja every day, like you did today? If not, were you not doing politics by performing puja? You say you stand for secularism, is AIUDF, that only fielded Muslim candidates, a secular party? You stand against Citizenship Amendment Bill, what is your solution for the infiltration problem that persists in Assam and especially in Barak Valley?

…no point mentioning more questions as you certainly do not have the courage to take them. Despite all the misbehavior and ignorance, Barak Bulletin welcomes you to Barak Valley. But next time you accuse Narendra Modi of not taking questions, do keep your Silchar visit in mind where you blatantly lied. Also, next time you accuse the media of being rigged and on “Godi”, remember, on a day the home minister visited Silchar, there were reporters deployed to cover your event and you ignored them.