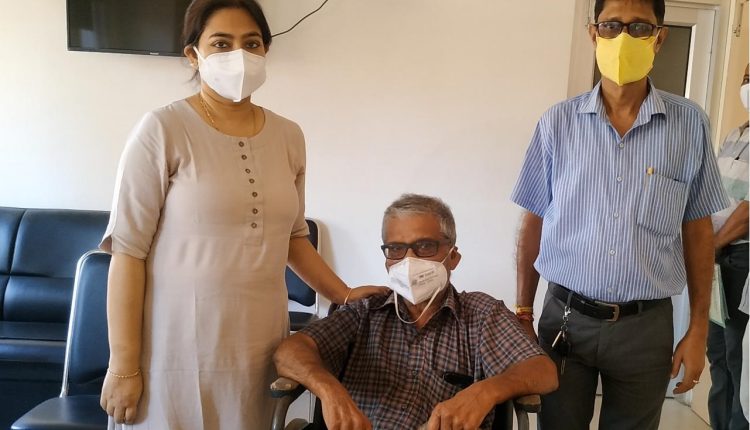 Dr. Lakhan Das discharged from hospital; “He has recovered and all his reports are normal,” medical bulletin

One of the most renowned doctors in Southern Assam and Northeastern India, Dr. Kumar Kanti Das, popularly known as Lakhan Das has been discharged from the hospital. He had tested positive for COVID19 on September 4 and then got himself admitted to Green Heals Hospital in Silchar. On September 10, he had tested negative for COVID19 but was kept under observation. Today, at around 3:00 pm, he was discharged from the hospital.

“He was diagnosed as a patient suffering from mild COVID. His treatment was done following the Standard Operating Procedure earmarked for COVID related complications. We performed other relevant tests and after duly analysing the reports, the doctors ascertained that he is fit to be discharged. Medication has been prescribed for the next seven days and certain tests have also been recommended,” shared the medical bulletin.

The fact that he has been discharged from the hospital will come as a big relief for the people of Barak Valley and thousands of his patients spread all across the world. After he had tested positive, the hoax started spreading like wildfire and the hospital management was forced to release a statement informing the general public that the doctor is fine and doing well. “Being a part of the fraternity, it was a privilege for us to treat a stalwart of his stature. We wish him the best,” Green Heals stated in its medical bulletin.

Dr. Lakhan Das treats patients at Kalyani Hospital in Silchar. He completed his MBBS from Calcutta National Medical College and then practised for a couple of years in Delhi’s Safdarjung Hospital. From there he went to America for further studies, an FRCS and FCS, Das practised for about 10 years in the United States of America. In 1987, he returned to India and joined the Red Cross Hospital.

Assam’s rice wine ‘Judima’ gets GI tag; “It is a matter of…