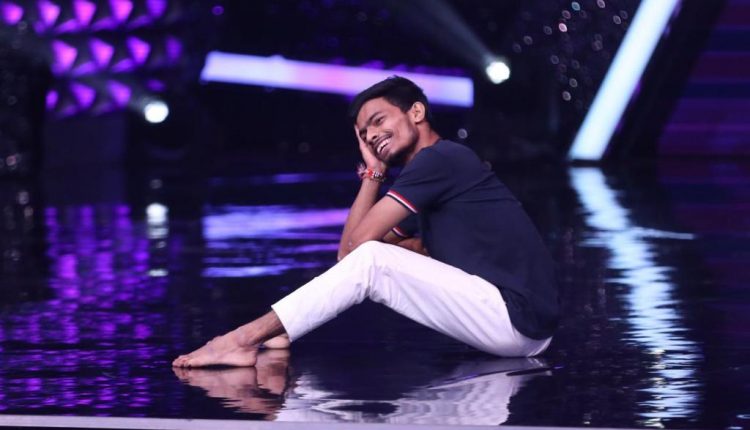 Dibbay Das became a viral sensation in Barak Valley when he featured in the audition of Sony Entertainment Television’s reality dance show ‘India’s Best Dancer.’ Dibbay earned a lot of appreciation from the judges, audiences, and netizens for his unique dance skills and mind blogging flex moves. He has become a ‘Working Class Hero’ overnight who embodies the ‘struggle and success story of a lower-middle-class boy, a gig worker — food delivery boy in Indias Financial Capital Mumbai. However, Dibbay says, Dance remains his passion, first and foremost priority. His path to success is inspiring and sensational at the same time. Although Dibbay is not the first from Silchar to get into the national-level reality shows and become popular all over India, Debojit Saha won Sa Re Ga Ma Pa in 2005 and Bir Radha Sherpa won Dance Plus and Dance Champions in 2017

Barak Bulletin engaged in a telephonic conversation with Dibbay Das, and he shared his journey to Mumbai from Silchar, the conditions that made him leave his hometown, how he kept his passion and dream alive amidst his entire struggle in a metro city.

Dibbay’s story starts with a twist in the fate of his father’s business, facing an existential crisis in this digital technocratic world. His aged father owns and runs a printing press in Silchar; however, like many other things, the manual printing press is going through a tough time after the emergence of digital printing technologies. So their business was not in good shape to make the meets end. Dibbay’s father urged him to get into a job to provide financial assistance for the family. While he argued with his father wanting to pursue a career in dance and choreography, he eventually had to give in wanting to support his family.

“Then I realized, now it’s time to go out of home, I have to gather the experience of the outer world, But I can’t leave my passion for dance,” says Dibbay. He shared his intentions with his mother, who gave him ten thousand rupees to go out and try his fate out of Silchar. And that’s how he ended up in Mumbai.

It was in 2019, Dibbay says, his real struggle started after he reached Mumbai. All his money was dried up; he had only 20-30 rupees in his wallet, he had no food to feed his stomach or any shelter, as he had to spend three nights on the streets of Mumbai. “Mumbai is so huge; finding a shelter is like discovering the Almighty; it’s so difficult here to find a room,” Dibbay said while describing his initial days in Mumbai. He could find a shelter, which he was sharing with four or five others like him.

Dibbay then shared his experiences of looking for a job in Mumbai. He revealed that possessing an Aadhar Card or PAN card is essential for living outside of Assam, as they don’t consider the Epic ID cards much — Dibbay didn’t possess any of these. Even after Dibbay got a clerical job at some office, he couldn’t join it because they didn’t allow him time for his dance practice. “As our room was not spacious, I had to practice inside the gardens. In Mumbai, there are gardens available in almost every other area, and these gardens get closed in the evening. So I needed time at noon for practice.”

His search for a job was on the go when he suddenly noticed the food delivery guys. They have more autonomy than other workers; they can decide their work time accordingly. He also shared one of the disappointing moments he encountered with one of his friends. He once tried to cook Maggi at his friend’s house but failed, and hence had to eat maggi in mixed with normal water. Post that he tried to search for free food and came across a langar nearby, from where he now eats his daily meal.

Dibbay says as the sayings go, “empty stomach and empty wallet can teach the best lessons of life,” which is very apt in his own life and experience. He also said that after the COVID pandemic it’s tough to make a good survival. After his audition video went viral, he received so many messages saying that they were leaving home to pursue their dreams. Dibbay alerted them about the prevailing pandemic situation and the hardship for the job.

One of his teachers called to participate in the show Dance Deewane season 3 in 2020, but that show was postponed due to the COVID. When the show resumed, they already held the auditions for the show. So Dibbay was waiting for his next opportunity. And then he found the audition call for India’s Best Dancer Show and contacted the authority. They asked him to send a dance video, which he shot that video on a garden and sent it. The authority liked the dance video and called him up for the following stages. And thus, he appeared for the TV audition show. The final performances are yet to be held. The show will have as many as 48 episodes, and he will be participating in that competition.