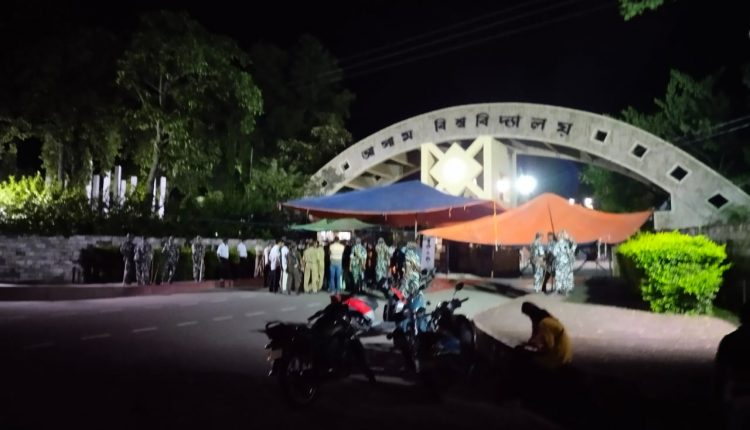 FIR against students: “Instead of staging dharna in front of the gate, they should go to the court,” Registrar PK Nath

The Assam University Silchar’s main gate has seen many protests, dharnas and demonstrations since time immemorial. Students have time and again blocked the main entrance of this central university to get their demands fulfilled.

Today, the university gate saw yet another “peaceful protest”. As the elections to Students’ Union are approaching, new tension is unfolding every day. Today the students protested against the removal of the name of a Union’s Presidential candidate “Pallab Dey” and demanded re-nomination for the posts.

The Registrar of the Varsity, Dr. Pradosh Kiran Nath, this time took stringent action and filed an FIR against “some person” for blocking the entrance gate, “thereby disrupting the normal functioning of the University.”

While the students claimed it was their democratic right to protest peacefully, Registrar Nath said otherwise. In a telephonic conversation with Barak Bulletin, he said “It’s their loss” adding, “it’s illegal to hold the university hostage in such a manner”. Following are the edited excerpts of the exclusive the conversation:

Why was an FIR filed against the protesting students if the protest was “peaceful”?

We are not against any peaceful protest but one thing must be understood that it’s election time and the Model Code of Conduct is at place and such a protest violates the Code of Conduct and disrespects the law. Second, on February 16, 2022, I signed and issued one notice that blocking the main entrance is illegal for any protest whatsoever. We have earmarked a place for protest and demonstrations. So far we have had several trials of negotiations with the group that is demonstrating but everything is in vain. 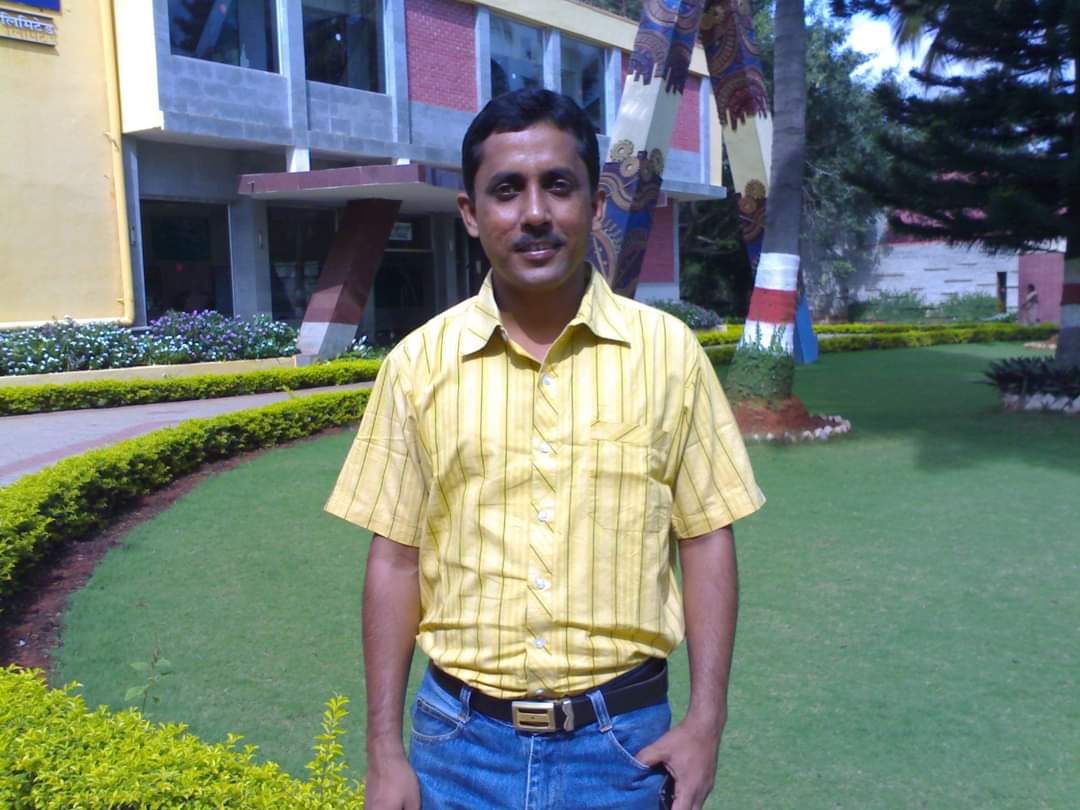 The FIR was not directed to anyone specific so what will be the next step for the FIR?

Now it’s up to the District Administration and the Police to take action. We have filed the FIR against anyone and everyone who blocked the main entrance and if anyone blocks the entrance it’s the responsibility of the administration now to find and book them and take necessary actions against them.

The protesting students are saying they will continue this protest. What will be the university administration’s reaction if this continues tomorrow?

More than 10 crores are spent every month by the government just for the salaries of this university and if the work and the university are at standstill for one day, what a waste of valuable money this is. Who is responsible for that? If you’ve any issues with the process and if you think it’s illegal, go to the court and take shelter of the legal procedure. One can not hold a university to ransom like that.

In such conditions, are we still expecting the elections on time?

It is my duty to provide a safe environment without any fear or favour for the elections to be held. I’ll call upon all the students to come forward and exercise their democratic rights. Elections are an integral part of a student’s life and this is the way they can learn how to choose the right leaders. Students should not fall prey to any ploy and take part in this election process.

There are certain allegations regarding the violation of the Constitution for the Union Election of the University. Is that true?

There is absolutely no violation of the electoral guidelines, any rules whatsoever. People are selectively citing rules for their vested interest. If they are not convinced, the Court is open and they can approach the judge. Instead of staging dharna in front of the gate, they should go to the court. Who has prevented them from that? Let’s form a habit of redressing issues through the process that is in place and not by some sort of disruption that infringes the rights of others.