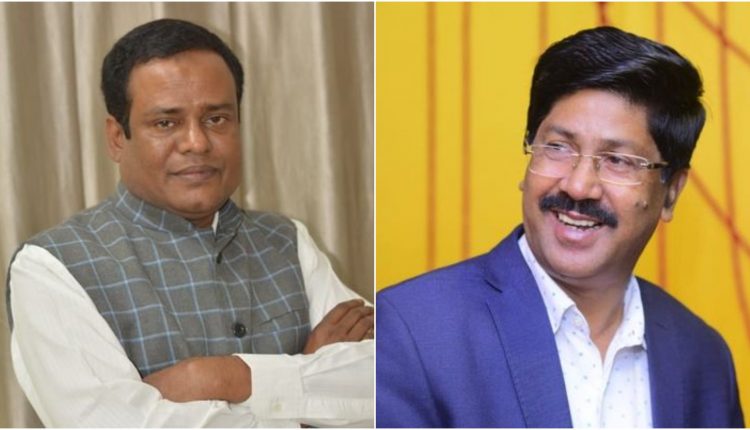 During the final hour of polling, the situation became intense and took a violent turn at Sonai’s Dhonehori LP School. Deputy Speaker Aminul Haque Laskar’s security personnel opened fire allegedly after the locals tried to burn the school where he was rescued from. The tension prevailed for more than three hours and eventually, all the officials along with the deputy speaker were rescued unhurt.

However, three individuals including one constable got injured and were rushed to Silchar Medical College and Hospital. None of them incurred serious injuries, informed Deputy Commissioner of Cachar, Keerthi Jalli.

Today afternoon, Aminul Haque Laskar had called for a press conference and said that he would write to the Election Commission, asking for a re-poll in this and two other polling centres. It is also worth mentioning here that the polling process was not complete. According to the locals as well as Aminul Haque Laskar, there were tokens issued to individuals and electors were waiting for their turn. The Deputy Commissioner said when the presiding officer noticed that intense stone pelting, he decided to end the polling and sealed the EVM.

“The EVM has been sealed properly and it has not been tampered with or damaged,” said the Deputy Commissioner. “However, the Election Commission of India is reviewing the report submitted to them and once they have come to a conclusion, they will communicate the decision,” added Keerthi Jalli. 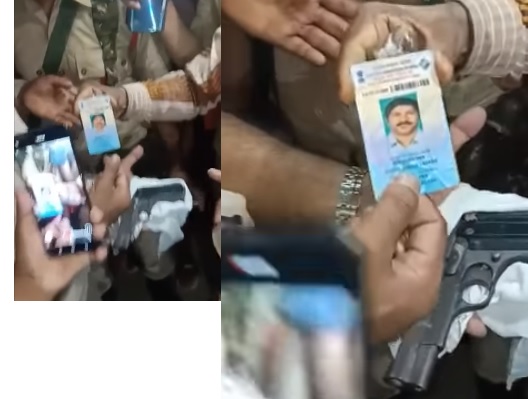 A video had surfaced on social media which features a revolver and Aminul Haque Laskar’s voter id card. The locals claimed that Laskar opened fire with his own revolver and they found both the pieces of evidence inside the room where he was kept hostage for hours. Aminul Haque Laskar, on the other hand, furnished his voter id card before the press earlier today. He counter-alleged that the revolver belongs to Karim Uddin Barbhuiya (Shaju).

When asked about the weapon, Cachar SP, Bhanwar Lal Meena said the matter is under investigation and he won’t be able to disclose the seizure list. At the same time, he said that the revolver in the video is a 9:00 mm Pistol and cannot be acquired legally by a civilian. “It is an illegally acquired weapon. As were are investigating all the versions, we are also trying to trace the original handler of the weapon,” said Meena.

Prohibited Bore weapons include pistols (9 mm) and handguns of caliber .38, .455, and caliber .303 rifles. They also include semi-automatic and fully automatic guns.

Meena also revealed that the Police found empty cartridges from the spot. However, who opened fire first and who shot with the pistol remains a mystery to be solved.

Drive against illegal “complaint writers” in Assam; 10 arrested in…