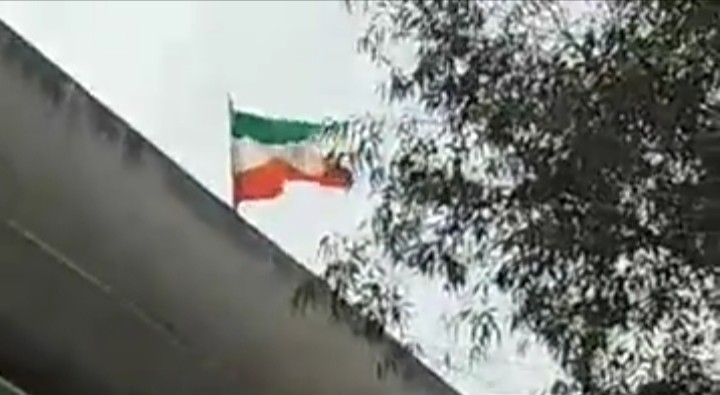 The Karimganj District Administration, on Thursday, issued a show-cause notice to one of its ‘Chowkidar’ for allegedly violating Flag Code and hoisting the National Flag at the Deputy Commissioner’s office upside down.

It can be mentioned here that, a video went viral yesterday in which the Tricolour at the top of Deputy Commissioner’s office was seen fluttering upside down. The Flag which is mandatory to have the deep saffron colour at the top was instead placed at the bottom while the dark green at the bottom found itself on top.

In the Show Cause letter to chowkidar Binoy Nath, who according to the letter is responsible for hosting the flag daily at the office, Deputy Commissioner sought a reply within 3 days, on why disciplinary action should not be taken against him for his ‘gross negligence’.

“Whereas it is observed that you have hoisted the flag today violating the Flag Code which is gross negligence of duty. You are, therefore, directed to submit an explanation, if any, within three days from the date of receipt of this notice, as to why disciplinary proceeding may not be initiated against you for your negligence,” DC asked.

It is worth mentioning here that this is the second time the office of Karimganj deputy commissioner has come under the scanner for violating the flag code. October last year, in one of the shelves inside the office premises a bundle of paper was found wrapped with the national flag. The image of the same went viral on social media and the deputy commissioner got criticised for the same.