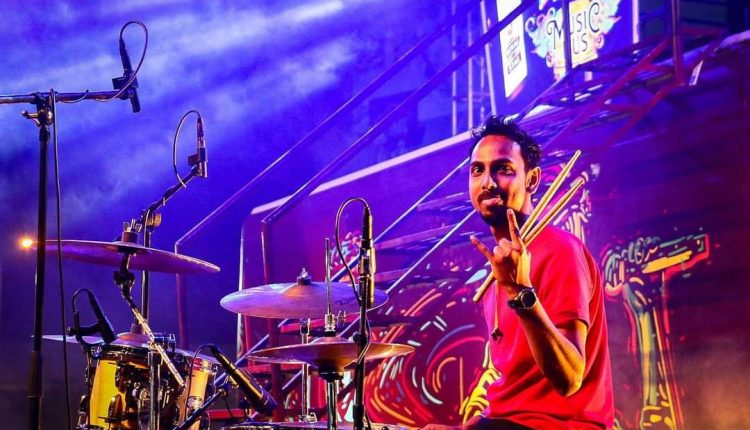 “Rock ‘n’ Roll might not solve your problems, but it does let you dance all over them”, said the legendary Pete Townshend once. And five decades later, it somehow still stands true. Music is a great escape, if not the greatest. But every once in a while, it becomes a tool to make a statement & make your repressed voice heard. Prasenjit Paul aka Bapi, a professional drummer hailing from Karimganj, Assam knows it first hand as he surfed his way through all forms of hardships that any normal man can face in one lifetime. Growing up in a suburban town and then carrying the ‘big dream’ of making it as a professional musician in a big city like Pune, Bapi knows the hardwired road to success first-hand.

Prasenjit took up drumming at an early age, with tabla being his first love. “Looking back now, I never really thought that I’d be this close to music” he said, interacting with Barak Bulletin on a fine Sunday evening.

When asked about his musical roots, the former Halahkuh drummer was quick to mention the role of his parents in surrounding him with classical and folk music, especially Baul sangeet while growing up. Apart from Halahkuh, which is a death/thrash metal band hailing from Pune, he also plays for a funk fusion band called ‘The Moonstruck Project’. But why drums and not something as flashy as guitar? Bapi said that being a tabla player from a tender age helped him relate and transition smoothly to his passion of drumming to rock n’ roll beats. “Tabla is a great percussion instrument to learn” he said. “When you sit on the throne while playing rock n’ roll, you get to know and understand different other instruments as well. You’re in a different world with your notes & your rudiments. It was then only when I slowly started realising that I was really into drumming, especially after getting to understand other instruments like bass and how they tune in with each other to create something.”

But a part of growing is also moving on, which Prasenjit perhaps knew all along, as he made his move from his hometown of Karimganj to the cosmopolitan city of Pune in Maharashtra. “Then I moved to Pune, I think back in 2010. There I met this metal band called Halahkuh, and one of their founding members got in touch with me. They used to go to colleges to pursue engineering and all I wanted was to learn drumming more & hone my skills. And where I’m from, drummers are a really rare breed so I started playing with them & I started exploring metal more.”

It goes without saying that like many others, Bapi too had many mentors to play a pivotal road in his tumultuous journey as a musician. “Back then, YouTube was like a revolution to learners like us, as innumerable musicians would upload their videos online. So in a way, we were kind of lucky.” His influences ranged from legendary solo drummers like Virgil Donati, Steve Smith, Benny Grab, Dennis Chambers, to Rock n’ Roll evangelists like John Bonham, Keith Moon, Neil Peart and the likes. But when asked about the highs and lows of his career till now, he almost chuckled and said, “It was an accident, man. I still don’t know how I ended up here today (laughs). But now when I realise it, I feel thankful only, with no regrets.”

Prasenjit also teaches drumming, as according to him teaching brings out the best in him and also keeps him pushing. “At one point, you gotta start teaching & pushing yourself, right? After all, you’re your own best teacher.” He is currently teaching at the Furtados School of Music (FSM) as a drum/percussion instructor. “My first teaching job came with DD School of Rock in Pune. That’s where I started growing as a musician and not just as a drummer while teaching the art of drumming. Right now, I’m working as an instructor at the Furtados School of Music.” For someone who had to carve his path amidst hardships & everything, working a day job of drum instructor and playing with his projects with the rest of the time might sound a bit grueling for most people. Yet Bapi loves teaching drums and sounded quite optimistic about the next potential generation of musicians and not just drummers. “I think they have the potential. And if only they realise their potential then only they can make it in this profession of music.”

Being an independent musician and playing not so commercial form of music is difficult in India, where the music industry is mostly dominated by Bollywood. And it’s even rare for someone belonging from a middle-class background to even dare to dream as such. But Bapi was rather thankful to his family & some friends for being supportive till the end. “They too helped me learn as they used to let me use their phones to listen to music during my formative years.”

When asked about what other projects he’s currently associated with, he shared “I’m currently associated with two other projects, one is with my dear friend Clinton Fernandes, and the other is with the Krishna Kapil project. These are instrumental projects, experimenting with guitars, bass, keys and trying to infuse other genres like folk & jazz.”

From Baul Sangeet and Indian Classical to Rock n’ Roll and Metal to Blues & Jazz, it can’t get any more apparent that Prasenjit was born with a musical mind, having a penchant for anything related to the aural experience. Perhaps it’s only fitting that he took up teaching as his alternative profession as opposed to any white-collar job. For him, teaching and learning is an eternally long cyclic process in which one feeds the other. 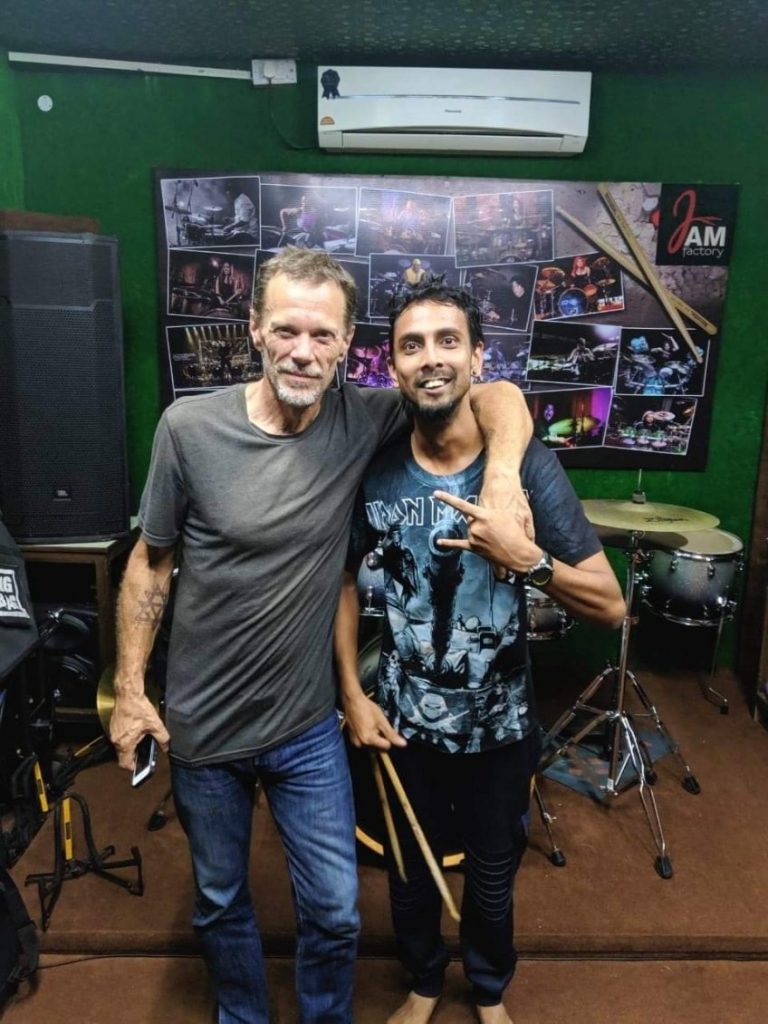 To the next generation of musicians, his only advice is “If you’re choosing this as a profession, then there comes the business side of it. Then, of course, you gotta give it full-time attention & everything. But the heart has still got to be there. As the infamous Joker said, There’s no looking back, Bat! (laughs)”.