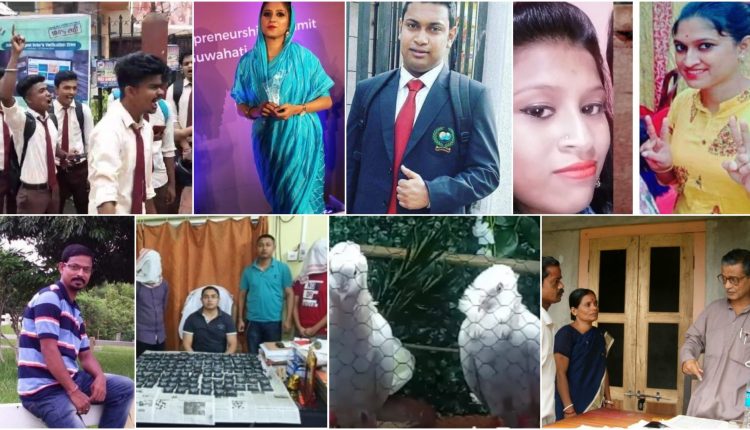 From Lakhan Das, Sayantan Chakraborty, Clause 6 to Saara Shabnam, here are the top 10 stories of 2019

Despite two unprecedented Internet bans, 2019 has crossed all our expectations in terms of readership, trust and engagement. In January 2019, when we sat to plan the year we did not expect us to get half the numbers we managed to fetch. However, we are not happy. When news websites, channels or newspapers sell more it is not a good sign in general. With us too, we have noticed that a lot of sad, negative news pieces made it to the list of top 10. Having mentioned that, we did find a healthy mix of good, bad and ugly and a few surprising ones.

In Barak Valley also, those topics were widely discussed, however, the interest, as usual, was more on local news. Barak Bulletin grew by 97.6% in the last one year. 7 lakh readers read 2.21 million pages during the course of the year. They came in from a total of 182 countries of which 91% were from India, followed by the United States, Bangladesh, United Kingdom, United Arab Emirates, Saudi Arabia, Canada, Malaysia, Kuwait. The average time spent per page grew from 2.1 minutes last year to 2.48 minutes in 2019. In 2019, we crossed the 1 million unique users mark.

To put it into perspective, if you read one news article in Barak Bulletin, it is one unique user and one pageview. If you return to the website and read another news piece, it makes one unique user with two pageviews. So page views are the number of stories you read and users are the number of unique individuals who read the website. 62% of our total readership is from the three districts of Barak Valley and 71% is from Assam. In terms of traffic, December was our worst month of the year and we can certainly attribute it to the statewide Internet Ban. Before we list down the 10 most-read stories of the year in Barak Bulletin, on behalf of the entire team, thanks a lot. Wish you all a Happy New Year.

To be honest, we did not expect this to be such a great hit. The story from Sweta Roy for our fashion segment during the Durga Puja emerged as the second most-read story of the year. Surprisingly, the story had 48% readership in Barak Valley and 36% outside of Assam. The success of this story is a big encouragement for entrepreneurs and entrepreneurship.

3. Birds Are Being Removed From Udharbond Pandal After DC Asked Forest Department To Intervene

In the top two stories, the hero was the individual we were talking about. In this case, the credit goes to the passionate reporters. This is a classic case where a rich Durga Puja Committee thought “We have deep pockets and the support of a local MLA, no one can do us any harm.” Well, they were proven wrong and Barak Bulletin along with other publications proved them wrong. The birds were removed from the pandal after our report released pictures of dead birds inside the pandal.

The sad incident that saw two young girls die in a tragic accident. They were out with a procession to immerse the idol of Goddess Kali. A speeding truck ran over the procession when it reached Meherpur and left about 19 others injured.

A talented young girl with a guaranteed future, studying in one of the best architecture institutes in the country, decided to give up. This story is a nightmare for all those parents, friends and relatives who have their closed ones studying, working far away from home and have not much idea about their mental pressures.

When our correspondent, a very dear friend of Malin Sarma, reached the spot, he called back shocked saying, “His brain is out of his head, his body is crushed, its blood everywhere.” This was his condition after the heavy impact accident. Malin Sarma is a known name in Barak Valley and his untimely death shocked the fraternity. A gentle reminder, the truck that crushed him is still missing and no one has been arrested so far.

A Silchar boy lodged an FIR against a teacher of Icon College, Guwahati. The case was transferred to Guwahati and she was later arrested for uploading “objectionable posts” on social media. When the country was in tears as the CRPF jawans were bombed in Pulwama, she posted that the jawans are convicts of their own Karma.

50 students from the Guru Charan College in Silchar demonstrated in front of Deputy Commissioner’s office and submitted a memorandum addressed to the Prime Minister of India. They questioned the formation of the Central Committee as that does not have any Bengali in it. Through the memorandum, they requested the Prime Minister to exclude Barak Valley from the implementation of Clause 6 of Assam Accord.

Moments into Bijoya Dashami, the sad news of a 25-year-old’s demise shocked the valley. He was on his way to Shillong and succumbed on the way like so many others have. His death exposed the loopholes in Silchar Medical College and Hospital and yet nothing has changed. Thousands of Sayantans are at risk as Silchar Medical College and Hospital can’t facilitate angioplasty even today.

With this, the serial raids under the leadership of former SP, Cachar, Mugdhajyoti Dev Mahanta had begun. Cachar police within the span of a month managed to confiscate drugs worth Rs 10 crore or above. World Is Yours tablets, Heroin, brown sugar among many other abusive substances were seized and handed over to the concerned department.