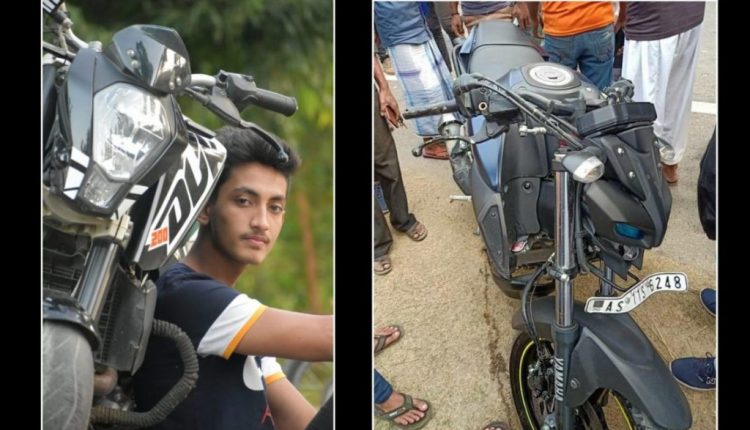 A young boy Minhaj Uddin (18) was killed on  spot today when his bike collided head-on with a speeding truck coming from the opposite direction at Srigauri in Badarpur around 3.45 pm today.

The deceased youth’s house is identified to be Kamlapara area of Badarpur. The local people became furious after the horrific incident. Karimganj Superintendent of Police Mayank Kumar Jha immediately rushed to the spot and took control of the situation. He recovered the dead body and sent it to Silchar Medical College and Hospital. The death of this young boy has cast a shadow of mourning over the entire area.

Even as winter season is almost nearing it’s end, road accidents don’t seem to cease in Barak Valley. Almost everyday, somewhere or the other, lives are getting lost in road mishaps and the administration don’t seem to act on it which is evident from the very frequency of these accidents.

Often it’s a heavy vehicle like truck or tripper colliding with smaller vehicles like cars or bikes coming from the opposite direction or even pedestrians who just happen to be on the side of the road when the revving vehicles crushed them to death.

The frequent intensity of accidents have shocked many and the people of the valley fear to venture out of their houses nowadays. Fingers are being raised at the Transport Department which has miserably failed to take action against the ones flagrantly violating the road rules while driving.