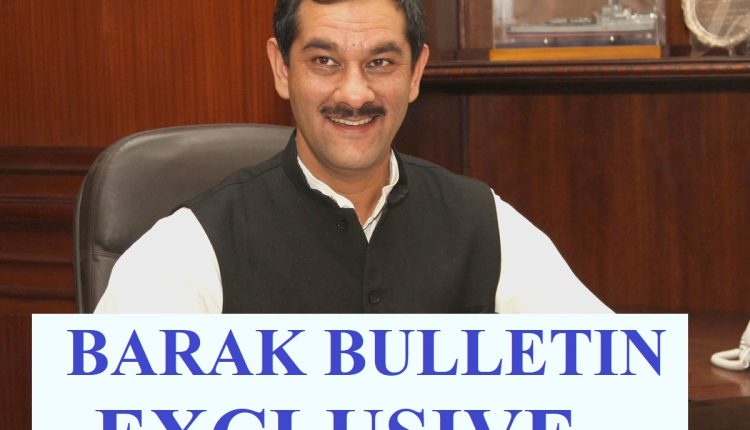 From 78 seats in Assam in 2011, Congress dropped down to an abysmal 26 in 2016. In 2021, the party is eyeing a comeback. But they would need to turn the wind as the Modi wave rejuvenated by the growing popularity of Himanta Biswa Sarma still makes BJP the hot-favorite for governence in 2021.

All India Congress Committee’s general secretary and in-charge of Assam, Jitendra Singh recently visited Barak Valley to take stock of the on-ground situation. An active member of the committee that managed to turn it around in Rajasthan, former Minister Jitendra Singh’s visit did not go as the party would have liked it.

It became clear, that in 2021, Congress is not only contesting against BJP but it also has a rebel inside the party. In Udharbond, in Sonai, isolated Sushmita Dev Mudrabad slogans hijacked the entire press coverage and derailed the campaign. There is a belief that Himanta Biswa Sarma has more loyalists in Congress than Assam Pradesh Congress President Ripun Bora or leader of the opposition, Debabrata Saikia.

Despite all the negativity, Singh did manage to connect with the locals and get a sense of the mood of the valley. If Congress has to turn it around or even put on a contest, the party needs to connect with its grassroots. The party also finds itself in a soup, as an alliance will mean a further dent in the Hindu vote bank and non-alliance could take away the Muslim voters.

It is clear that one visit won’t be enough for Singh if he wants to architect what would definitely be one of the biggest comebacks ever for the party. Former Minister of State for Youth Affairs and Sports and the Minister of State for Defence, Government of India, Jitendra Singh spoke exclusively with Barak Bulletin, and here are the edited excerpts of the interview:

Could you summarise the visit, what according to you is the mood of the general public?

My initial sense is that the Government has totally ignored Barak Valley. In terms of development, or welfare of the people Barak Valley has been intentionally isolated by the government.

Why would you say that?

There are five bridges/flyovers which were 80% completed during the Congress regime, this government failed to complete those projects. All the development projects that the Tarun Gogoi government started were all stalled. The Paper Mill is a very big issue in Barak Valley, especially when the Prime Minister of the country, Narendra Modi gave assurances to revive the Mills and then did not do it. In fact, they are now planning to sell it which is really unfortunate.

Paper Mill was raised as an issue by Rahul Gandhi himself during the Lok Sabha elections. But that did not strike a chord with the public as Congress faced its heaviest defeat in Silchar… What would be your election issues?

Employment is a big issue and that’s why Paper Mill becomes the biggest issue. Apart from that development is a big issue. I drove to Haflong through the Mahasadak. It is clear that the government has completely failed the people of Barak Valley as that road is in shambles. The Congress government built the broad gauge railway track through and through that area but the BJP government is unable to complete the stretch. 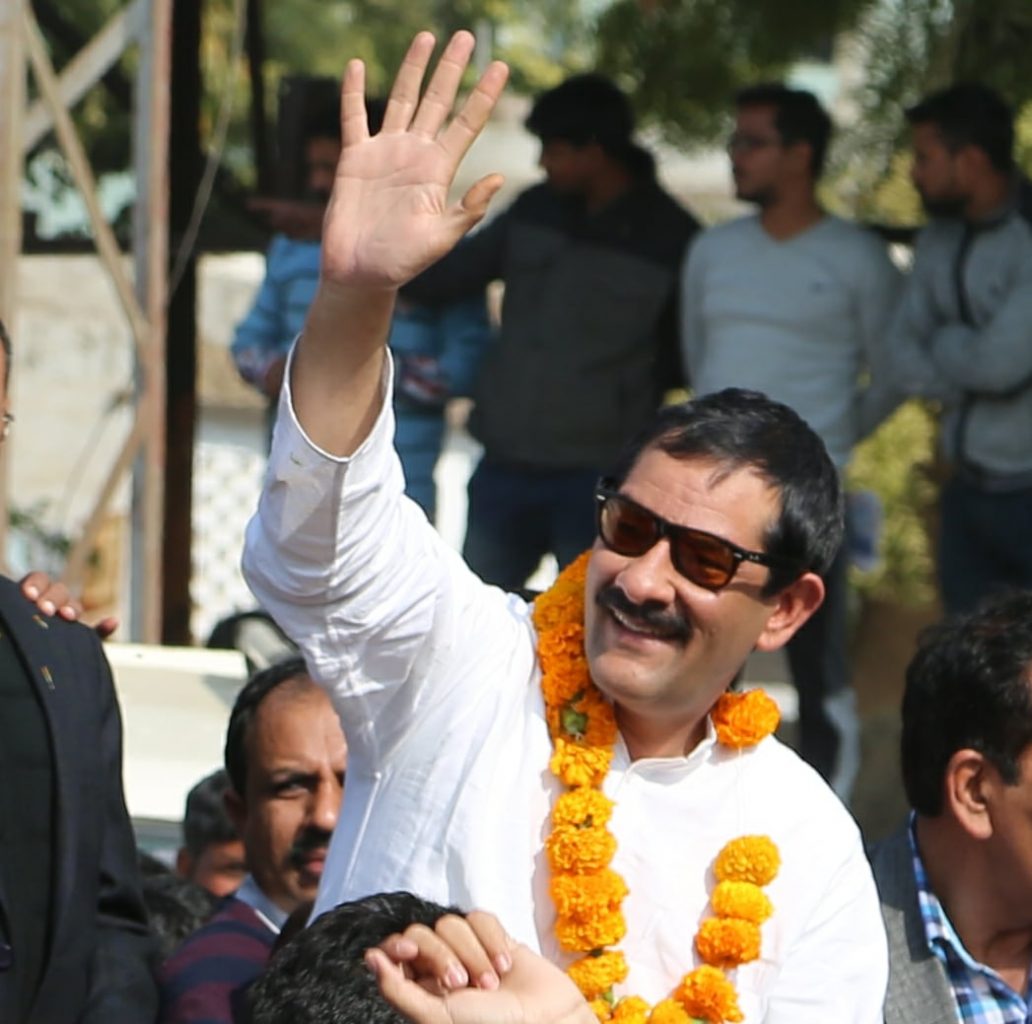 Even Congress could not complete the stretch on Mahasadak, what do you think is the problem?

Number one, as per the contract given by the NHAI to the contractor, they have to make a single lane blacktop road which is a standard operating procedure for any road that is being converted to National Highway. That tarmac or blacktop road is being used by locals for vehicular traffic to stay afloat. The contractor is being paid for the construction of that single-lane road. This is a big scam here as I have not seen any such roads anywhere.

Congress faced its heaviest defeat in 2016. The general elections to Lok Sabha were even worse for the party in the state. Have you identified the problems you need to solve?

I think the Tarun Gogoi government performed really well and most of the development that has happened in Assam was due to his visionary approach. I feel, what’s happened – not only in Assam but throughout the country is the type of politics which was introduced by BJP – caste politics, politics based on religion, language and the type of promises like Rs 15 lakh will be credited and assuring Rs 380 to the tea garden workers. People believed in all those fake promises…

The people are not going to buy it anymore. I challenge the government to show me one single project in Barak Valley which they have conceptualized and executed. There is not a single one. People have lost faith and therefore the people will not fall for the fake propaganda.

There is a Himanta Biswa Sarma factor in Assam. Renowned author and journalist Atin Das had said that the Himanta factor was so strong that a banana tree would win on BJP’s ticket contesting against Sushmita Dev in 2019…

People in Assam consider Himanta Biswa Sarma and his colleagues in the government as Mafia. There is a complete Mafia Raj going on in Assam. Anything that comes from outside has a Mafia Tax attached to it. I am being told that even a ballpoint pen that is imported from Pune or some other city, even that has a Mafia tax. Then there is the mining lobby and liquor lobby and all of that is being controlled by Himanta Biswa Sarma and the Mafia Gang.

That is what you feel, how will you communicate it to the general public?

The public has already realised it. The public can see that there is extortion happening. Those old days of unrest are back in Assam. There is complete anarchy. I was in Haflong and I could see that people who are out on bail and have been charged with 16-17 murders are at the helm of affairs. It is complete Jungle Raj. 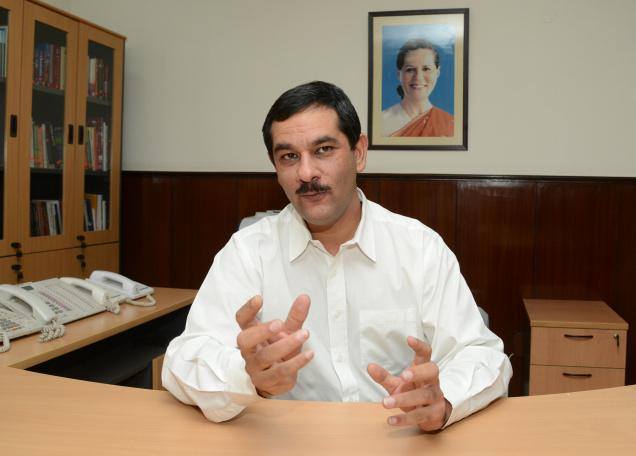 When AIUDF Supremo visited Silchar, he said there is an alliance between Congress and AIUDF and together the alliance will win 12 out of 15 seats in Barak Valley. You are saying there is no alliance, which version should the public believe?

There is no alliance as of now. I am visiting parts of the state and then I will meet people. I am asking them for their opinion. I am trying to get a sense of what the people want and what the party workers find suitable. Only after I have a sense of the mood we will decide on an alliance, for now, there is no alliance. Why are we only talking about AIUDF, there could be an alliance with other parties too like the CPM, CPIM, or any other party that is against the policies of BJP. Also, we are a national party and that is why we need to understand the national impact of an alliance before getting into one.

But if you don’t stitch an alliance, don’t you think that Ajmal will damage Congress’ hopes in Assam, exactly how Owasi did in Bihar?

Difficult to answer that question.

You walk around Silchar, you see SM Dev Stadium, SM Dev Civil Hospital. The people feel that Congress only got monuments named after the party leaders and left hollow inside. Do you think this baggage of past is becoming a roadblock for the party’s progress in the present?

I don’t see them as baggage. Be it the Medical College or the Engineering College or the Stadium, it is good that they have come up. It is for the government to answer, what have they done to improve the condition and to ensure that these are functioning properly. Whatever development projects have been executed in Barak Valley has been done by the Congress. My question is if there is a stadium already built, what has the government done? Did they install a new stand or develop the stadium by putting on a roof? The answer is No…

You mentioned employment, development but missed NRC while mentioning the list of issues. What is Congress’ stand on the NRC?

It is the government that needs to answer and justify their stand on the NRC. Our stand is clear, any bonafide citizen of the country must be in the NRC. Now there are 19 lakh people, out of it and the Assam Government is responsible to answer them and clear their stands.

Will NRC be a part of your election campaign?

Last question, what are your poll promises for 2021?

We are yet to finalise. When the time is right we will announce it. However, I can guarantee that it won’t be like the Bharatiya Janata Party’s vision document which is a book full of lies.