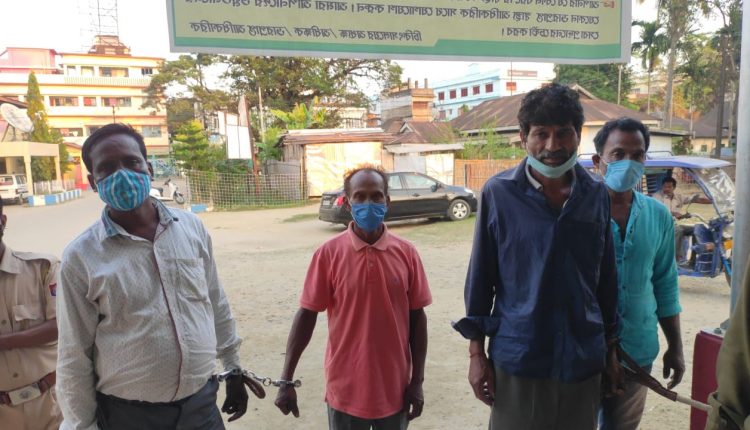 On March 2, 2003, Tarapur resident Dipak Deb was on his way down after Bhuban Darshan stopped at Pani Chawki for refreshment. He saw a quarrel break between two parties and intervened to bring the situation under control. He was assaulted with dao and lathi. Dipak Deb lost his consciousness and fell down. Ratan Das, Pancham Das and Bibhas Das took Dipak Deb to SMCH after finding him in an injured and unconscious state but he succumbed to his injuries on 03-03-2003 in Guwahati.

This is stated as facts in the historical court order passed on November 22, 2021, by A. J. BORAH, A.J.S. Addl. Sessions Judge, FTC, Cachar, Silchar.

After the incident, the police received the complaint on March 4, 2003, and registered it as Sonai PS Case. The court order states that the Police conducted its usual investigation, whereby a sketch map was drawn and witnesses were examined. Police also visited the place of occurrence, arrested the accused persons, conducted Test Identification Parade, collected post Mortem Report and after completion of the investigation, laid down a charge-sheet against four accused persons, namely, Ajoy Das, Satya Ranjan Das, Anup Das also known as Anu Das and Subhash Das.

All of them have been informed about their right of appeal against the judgment and order of conviction and sentence before Hon’ble Gauhati High court either by appointing their own advocate(s) or through legal aid counsel or through Jail Appeal.