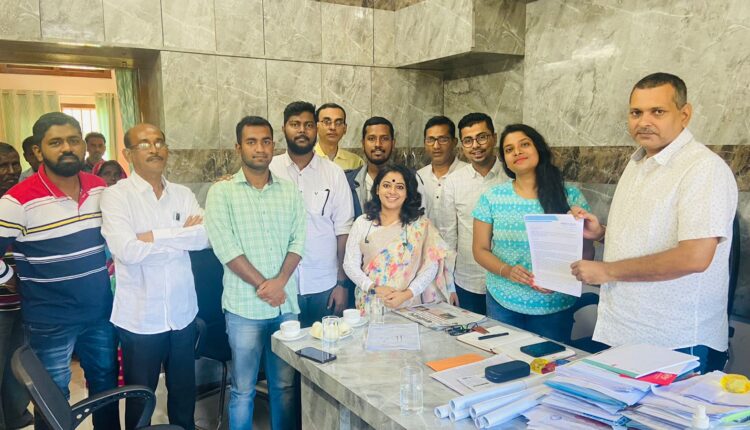 Humans of Silchar a congregation of NGOs submits memorandum to DC, Political leaders

They include repairing all damaged sluice gates, a robust waste management system, an active disaster management team, and targeted work on increasing the heights of the dykes and embankments and removing illegal encroachments from the major Khals, which will protect our town from such future life-threatening calamities. It has been 5 months since the most dangerous flood situation submerged the entire Silchar town. However, we are yet to see some concrete actions to build a proactive plan which will eradicate the yearly flood problems and frequent water clogging which are faced by the citizens of Silchar town.

The team has personally surveyed 18+ sluice gates and found that most of the sluice gates are damaged, non-functional or covered in garbage which has blocked the water channel. They have videos of all the non-functional sluice gates which have been submitted to all the leaders. Till now they have got assurance from all leaders these issues will be worked upon, however, they are still waiting to see some concrete results on the same. In future, they also plan to share the memorandum with our honourable CM, so that this issue can be prioritised.

Some of the highlights of the requests were :

1) Raising the height, of the dams of the river of Barak Valley and making all sluice gates functional plus constructing more sluice gates.

2) To remove the encroachments over the drains especially Bowaljur khal, Shinger Khal, Rangir Khal and Longaikhal and clear them from garbage waste so that water can flow smoothly through these drains.