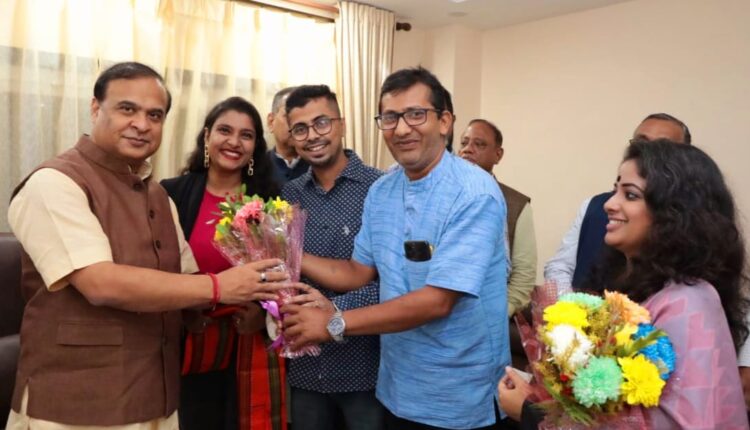 Humans of Silchar a joint forum of over 18 NGOs formed after the devastating Silchar floods met the Chief Minister during his Silchar visit yesterday. This joint forum consisting of the NGOs has been working on flood relief measures and raising demands for flood-preventing measures. Before meeting the CM yesterday, Humans of Silchar also submitted memorandums to the Deputy Commissioner of Cachar, MP Silchar, elected MLAs of Cachar and various influential leaders of political parties.

During yesterday’s meet with the CM, their efforts were appreciated by him and they also thanked the CM for approving their flood-preventive measures. On behalf of Humans of Silchar, Joydeep Chakraborty said, “When we met the leaders and bureaucrats we received their wishes and appreciation. Our demand was to give importance to the issue of flood preventive measures during the Silchar episode of the Assam Cabinet meeting. We also wanted to meet the Chief Minister and during our meetings, MLA Kaushik Rai assured us of a meeting with the CM and accordingly we did”.

Further speaking about this meeting with the CM, Chakraborty said, “We gave a copy of our memorandum to the CM which had a 9 points agenda and the same was also submitted to Jayanta Malla Baruah, the Guardian Minister of Cachar. The CM has appreciated our efforts and assured us working on these demands. Jayanta Malla Baruah also assured us of a meeting during his next visit to Cachar to further detailed discussions”.