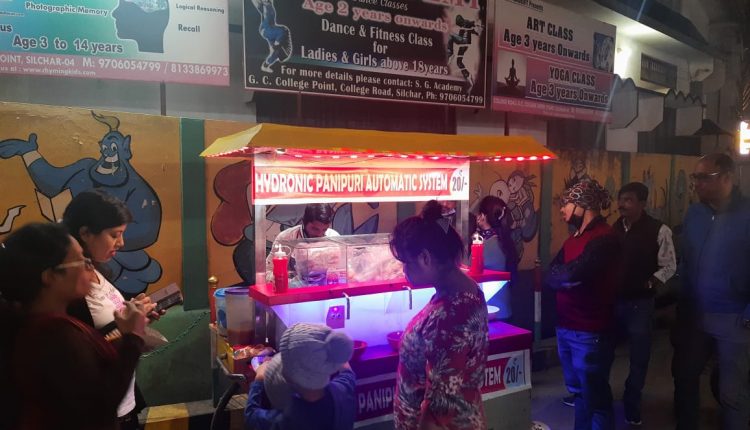 “Hydronic Panipuri” in College Road; The inspirational story of Biplob Das – the Puchkawala and his Engineering

In Silchar’s College Road area there is a living example of “Necessity is the mother of all invention.” A young entrepreneur whom most of Silchar would recognise as just another “Puchka Wala” has created a unique venture.

Due to the outbreak of the Coronavirus-induced pandemic, the prime minister had announced a blanket lockdown back in March. The number of cases kept rising all across the country. March 31, Assam got to know about the first COVID positive patient in the state. The man hailed from Karimganj and he was transferred to Silchar Medical College and Hospital for treatment.

“That is the moment I realised, we are not going to sell Puchka anytime soon in Silchar,” says Biplob Das.

Das is a resident of the Panchayat Road area in Silchar. He has been selling ‘Puchka’ also known as ‘Pani Puri’, ‘Golgappa’ for the last eight years. For him, the lockdown was a nightmare that took away his sleep. He remained awake however, an used his time to create a masterpiece.

“Somehow I came across a video on YouTube where the vendor was selling Puchka, without touching the water. That is when I thought of making one for myself,” says Das. 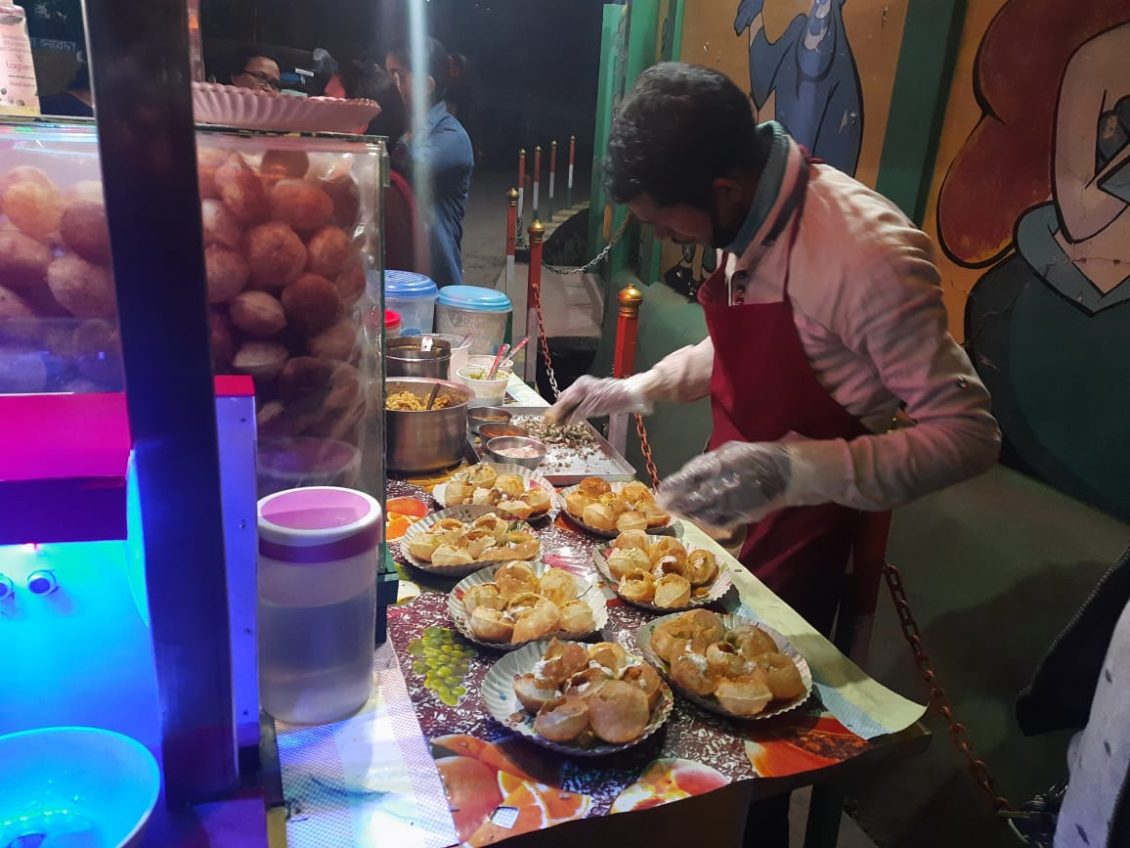 Midway into the pandemic, the country started unlocking. However, it was clear that the people are apprehensive of human touch. That fear in the minds of people has disrupted the roadside food joints all over the country. “The first aim was to reduce the human touch to the bare minimum. So, I started watching more videos in order to learn how I can make a stall where I don’t need to touch the water while serving Puchka,” says Das.

After watching one after another video on YouTube, Biplob Das ordered a set of materials that weren’t available locally. He had to spend around Rs 80,000 to put together what he calls, “Hydronic Panipuri Automatic Stall.” Apart from the cash, he says he has put his heart and soul and devoted hours on engineering the mobile stall.

“From listing down the materials to assembling, I have done it all by myself at my home,” informs Das. 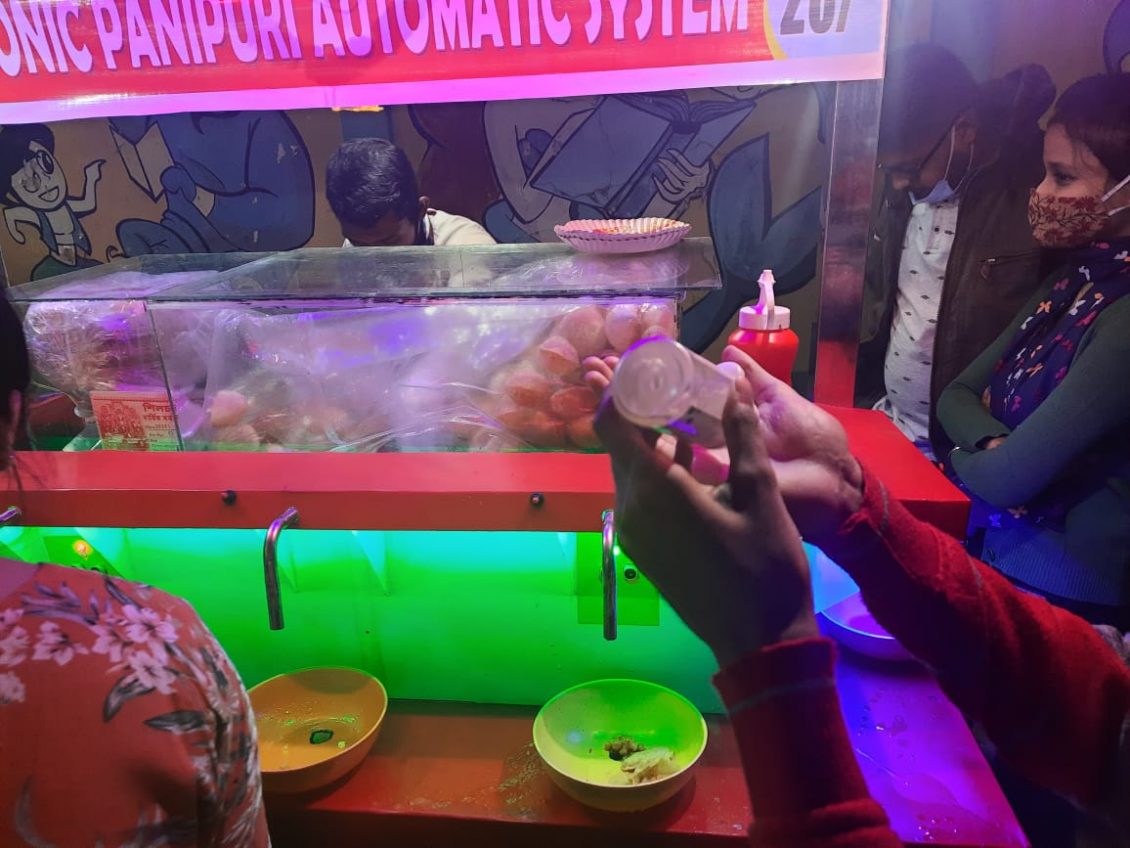 There are three units that disburse liquid each time the customer presses the switch located right next to the outlet. The entire system is powered by rechargeable batteries which he charges back at home at night. The well-lit stall located near GC College point opposite Gopal Diary remains open from 4 pm in the afternoon to 8:00 pm at night. Currently, he sells Masala Puri and Dahi Puri but Das shared that he has plans to expand his offerings.

“I am searching for people to for my joint and then we can think of keeping more items,” says Das. He has also kept a bottle of sanitzer and a pack of tissue paper for the customers. There are buckets for waste and he has kept his surroundings clean.

The plate of Masala Puri costs Rs 20 while Dahi Puri is available for Rs 30. What makes this stall different is not the taste of the masala water balls but it is the dash of inspiration that comes with the pinch of salt that sets him apart. As Ronnie Screwvala says, when you dream with your eyes open, you create something that inspires. Biplob Das’ panipuri stall is an inspiration at the heart of the town.