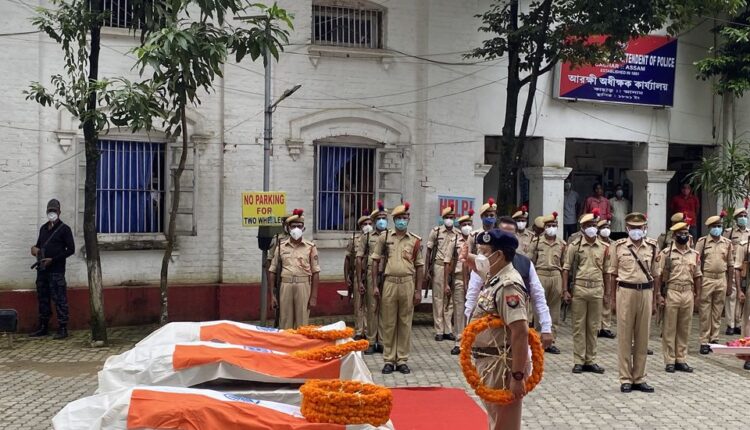 “I also did apologize and convey my condolences,” Mizoram Home Minister on July 26 Assam Police killing

“In the opinion of myself and the people of Mizoram, that incident (Lailapur border violence of July 26, 2021) was very unfortunate and uncalled for. I also did apologize and convey my condolences to the Assam delegation and through them to the very families in our meeting held in Aizwal on August 5, 2021. I hope this kind of incident will not happen ever again and indeed we the Mizos are for peace,” Home Minister of Mizoram Lalchamliana.

For the first time since the killing of six Assam Police personnel at the Assam – Mizoram border on July 26, 2021, a Mizo minister has publicly issued an apology. In a historic press conference held today after the meeting between the two delegations in Guwahati, Home Minister of Mizoram Lalchamliana talked about condolences and apology. This comes as a major diplomatic success for Himanta Biswa Sarma’s Assam Government as from, “Next time they come, we should kill them all,” to “Apology” is a big leap.

For the freshers, on July 26, 2021, the Assam Police personnel along with the then Deputy Commissioner of Cachar Keerthi Jalli had approached a check post within the territory of Assam to claim dominance. The post was under the custody of Mizo aggressors and when a discussion was going on between the two parties at the post on the border, the Mizo forces opened fire from the hilltop killing six Assam men in uniform. 43 including IPS Vaibhav Chandrakant Nimbalkar was rushed to the Hospital with bullet injuries.

Cut to November 17, 2022, the delegation from Mizoram led by the Home Minister, Lalchamliana visited Assam with to meet the delegation of the Assam Government. Assam’s delegation was led by the Minister of Border Protection and Development Department of Assam, Atul Bora. After the meeting, a 5-point joint statement was released signed by the two leaders of the delegations.

The joint statement arrived at five decisions. The first point of the statement read, “Government of Mizoram will furnish the list of villages, their areas, geo-spatial extent, and ethnicity of the people and other relevant information within three months to support their claim which can be examined by setting up Regional Committees from both sides to arrive at an amicable resolution of the vexed border issues. Government of Assam will extend full cooperation wherever sought.”

Based on the statement, both sides agreed to abide by the resolutions encapsulated in the Joint Statement of August 5, 2021, signed in Aizawl. The third point of the statement mentioned, “Both sides agreed to continue their resolve to maintain peace and harmony on the Inter-State border among communities living on both sides with a view to further strengthen their age-old ties.”

The statement further read, “High-level delegation from Mizoram expressed that there has been huge unrest among the areca nut growers in Mizoram on account of problems being faced in transportation of their produce to Assam and other parts of the country. Both the sides agreed to refer the issue to respective Hon’ble Chief Ministers to evolve an amicable solution.”

The final point of the statement was, “Both sides also agreed to continue sustained zero-tolerance policy against the transportation of smuggled areca nut from other countries.