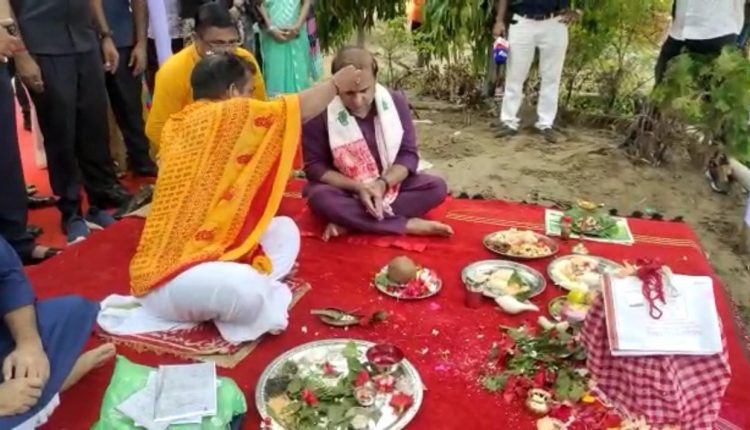 Heavy rains have shown its impact in the morning too with the sky overcast and light shower throughout. The day 1 of Assam’s CM Himata Biswa Sarma’s visit to Cachar started with offering of floral tribute to the idol of Atal Bihari Bajpeyee at the zero point of the Mahasadak highway.

He then proceeded to the RSS office in Ambicapatty area of Silchar where he met with the officials and had a close room meeting with them. The rain was still pouring but it’s important to note here that, Ambicapatty area which suffers heavily due to water logging situation remained more or less clean all through and special attention was given in cleaning all the garbage through the area where the convoy was supposed to go through.

CM Sarma then left for the inspection of Mini Secretariat for the Barak Valley near the ONGC compound in Srikona. He announced a sum of  Rs 116 cr. for the Mini Secretariat and stated that the construction work shall begin very soon. The sky by now has started clearing up a little and the intensity of the shower decreased. 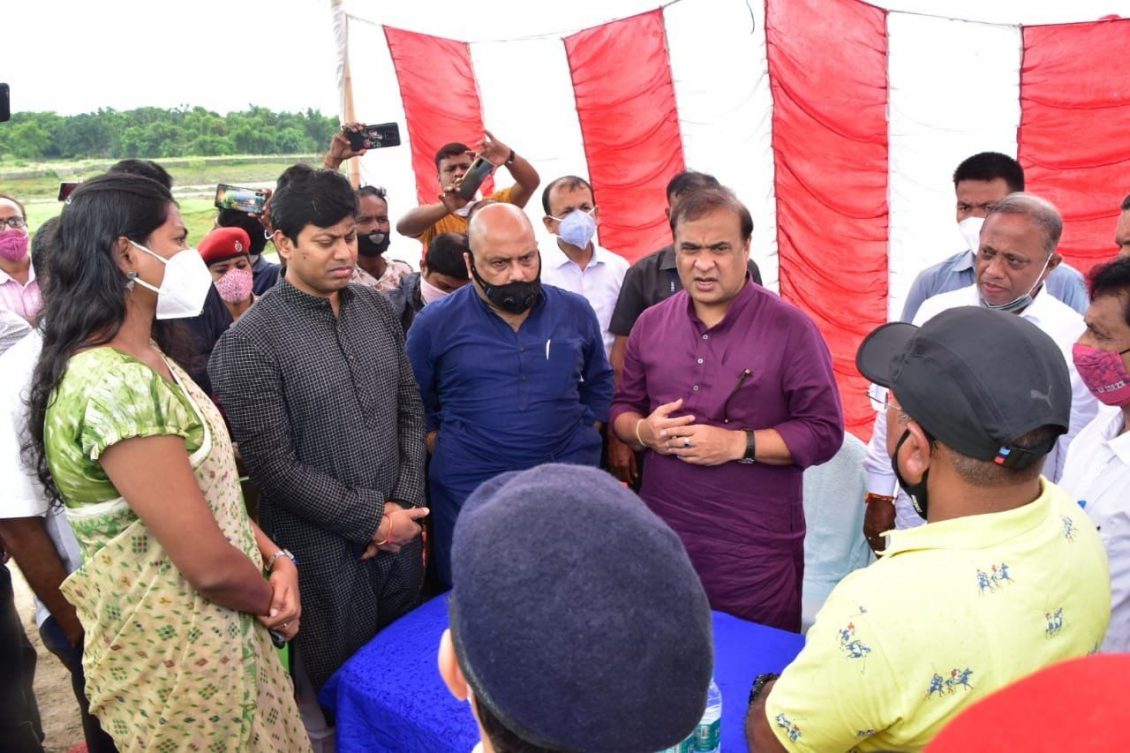 He then headed for the By-Pass to take a toll on its readiness which is being constructed and starts from just beside the ISBT in Tarapur. Some little over 3kms. of the road is still left to be paved and he strictly ordered the stakeholders to complete the work at the earliest. He sets Durga Puja as a deadline for the bypass to become motorable and even warned that he would personally come in Silchar on Mahasaptami and check the work done.

Sarma then made his presence laying the foundation stone at the Silchar Red Cross Society premises for a new five-storey building. Later at conference by the Red Cross Society, Silchar he makes it clear that he and his Govt. is furiously trying to upgrade the health infrastructure of the State taking lessons from the Pandemic. 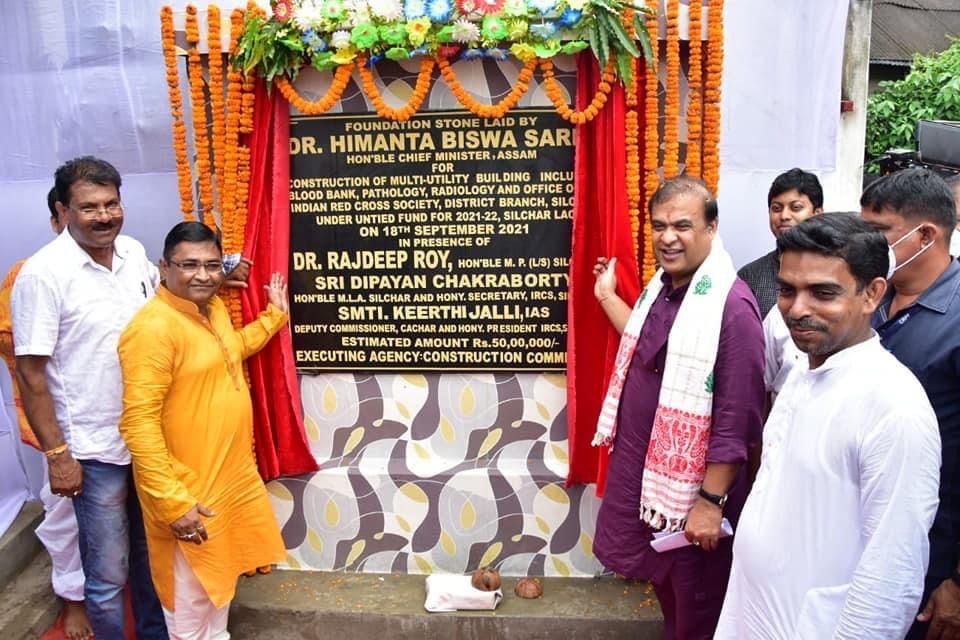 “50 lakhs INR worth of budgetary provision is made available for now and another 50 lakhs INR remain in pipleline”, says Sarma. Sarma remembering Mother Terresa who laid the foundation of the Silchar Red Cross Society hospital says, “The main goal of the hospital which is to be charitable in nature should be remembered for the benefit of those who need it. The 3rd wave of Covid infections puts the kids at risk which raise serious concerns and  development of health infrastructure remains at the core of all Govt. planning.”

He then headed to the SMCH in the afternoon and inaugurated a newly built 40 bedded pediatrics ICU facility. He also announced various other infrastructure development for the SMCH saying that he wants this place to become a ‘Centre of Excellence’ for the entire region. This includes more 40 ICU beds, a Cath Lab and various other announcements. CM Sarma along with Deputy Commissioner, Silchar Keerthi Jalil surveyed the under construction road till SMCH. He gave strict orders to the contractor and the Dept. to quickly get done with whatever is needed to complete the SMCH road. He also set Durga Puja as a deadline for the work to complete.

The CM then attended meetings with different linguistic group of people from Cachar and also later with some NGOs at the DC Office, Silchar. CM Sarma is being accompanied by the Assam State BJP secretary, Pallab Lochan Das who also happens to be a MP from Tezpur, Assam. CM sarma was very dynamic and jolly through his day 1 of the visit in Cachar and has a host of other engagements set for today, his final day of the visit. Though, when required, a strict leader in the self CM Sarma came out and a lot of deadlines were given for various works to be completed. The expectations are high and the announcements are music to the ears of the most residents. If there are more surprises in store, is something that’s worth keeping an eye.