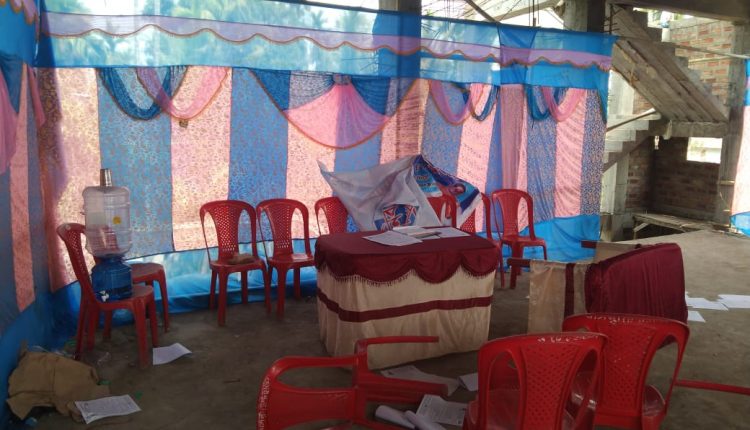 “This office is located on the second floor of Juli Paul’s personal property. We took it on rent and are working from it. When we walked in last morning, we saw that the chairs have been broken, the amplifier is missing, they took away the voters’ list and installed posters of BJP after removing our posters,” said an office-bearer of Ashish Haldar’s election campaign.

It is worth mentioning here that Ashish Haldar is a former primary member of the BJP. He had asked for the ticket but the BJP decided to stick with incumbent MLA Aminul Haque Laskar. Dejected by the party’s decision, Haldar decided to contest the elections as an independent candidate. His symbol is Auto-Rickshaw. He is contesting against AIUDF’s Karimuddin Barbhuiya and former colleague in BJP, Aminul Haque Laskar. He has been playing the Hindu card all throughout in his campaign as the other two candidates belong to the minority community.