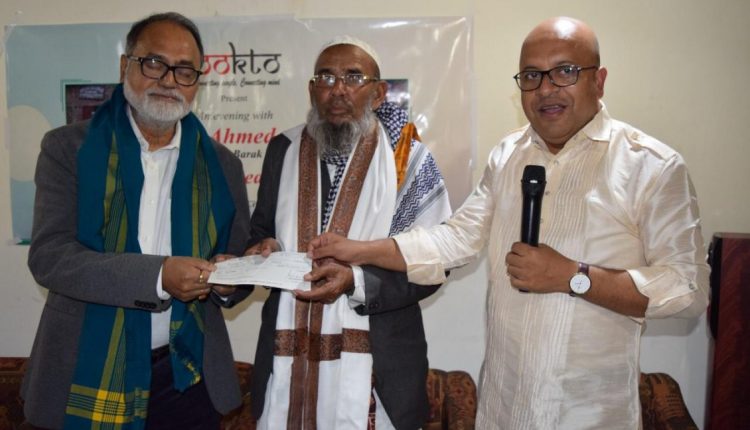 Jookto organised an interactive session “A will Power that created revolution” on 25th November 2018 at 430 pm with Ahmed Ali, a Rickshaw-Puller from Patarkandi, Assam, who has set an example by creating nine schools in his native village and was featured in Prime Minister’s Mann Ki Baat session.

The session was chaired by Sumit Dutt Mazumdar former Chairman Central Board of Excise and Customs. Sumit Dutt Mazumdar spoke about the necessity of how this elegant step of Ahmed Ali has set a worldwide example in the field of Education and why we all should take inspiration from Ahmed Ali to encourage the value of books and pens.

The event saw a huge gathering of both Bengali, as well as Non-Bengali community people and everyone, applauded Ahmed Ali for his work.

Bangladesh High Commissioner to India Syed Muazzem Ali also was present and mentioned the great contribution of Ahmed Ali. He also recollected his birth and close family association with Karimganj. 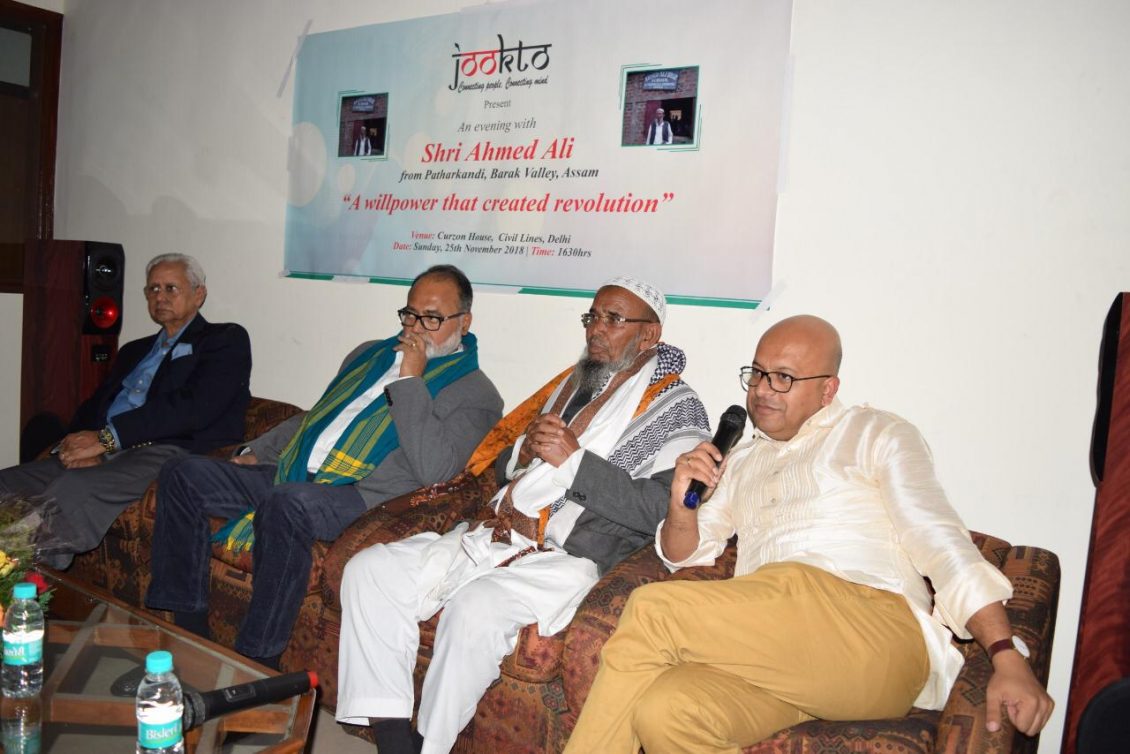 The event is a milestone event for Jookto to promote the hidden gems from Barak Valley of Assam.  Ahmed Ali told the audience about his dedication irrespective of the challenges that he had faced in building the schools all by himself. His main aim is to provide education for all.

Subimal Bhattacharjee in his speech shared the importance of education and how it can change the country’s future. Bhattacharjee felicitated Ahmed Ali and also presented him a cheque of Rs 20,000 on behalf of Jookto for his schools and has also assured for further assistance to Ahmed Ali for his work in the field of Education particularly to set up the junior college.