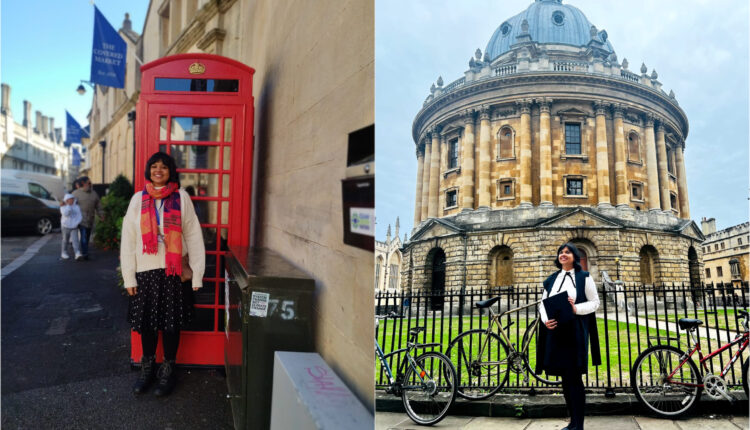 “Gender equality” might be a term in vogue but the reality is just vague and remains almost a textbook term. Policies and laws, whether in corporations or in universities, have appeared to be non-inclusive of female rights, until recently. After the three waves of feminism and people actually realising its importance, things have started to look up for women. Policymakers have had to come from just “he” to “he/she” and now to “she/he”. On October 18 this year, in a first for the Indian government and the legislative history of the country, the pronouns “she” and “her” have been used to refer to individuals irrespective of gender in the Digital Personal Data Protection Bill, 2022. Along with the government, industries like Bollywood have also made attempts to bring the issue of gender equality and female hygiene to public notice. But this is just not enough. Written rules seldom bring change unless the root of the problem is addressed. With a passion for impacting gender-based policies and public health, Oxford University scholar Shuma Banik is all set on her way to realising her goal. In a chat with Barak Bulletin, Shuma shared how she got her education fully funded and what it means for an Indian student.

Shuma, a Karimganj resident is currently pursuing a master’s degree in International Health at the University of Oxford. Her education and expenses in the UK are funded by the ExxonMobil Global Health Leadership Scholarship. This departmental scholarship entitles her to a stipend and includes incentives such as travel costs, lodging etc. Oxford is the dream of thousands of students and Shuma Banik has successfully materialised it and is on her way to creating changes in the field of gender-based healthcare.

“The Swachch Bharat Abhiyaan was a great initiative by the government that had really great impacts on the citizens. People of rural India were deprived of amenities as basic as a toilet for an awfully long time. Only recently, through this campaign, hundreds of toilets were built, which is a great start. But was this campaign gender-inclusive? Even huge multinational corporations fail to provide an equal set of rules and policies for both genders. Female employees of some companies do not even have separate bathrooms in the office, let alone period leaves”, she added. Citing an example she said, “Girls and women go through menstruation, accompanied by a great deal of pain and cramps. Expecting a woman to go about her day normally while going through this excruciating pain, is ridiculous. They should be allowed paid leaves for such days. Zomato is one of the very few companies that allow period leaves to its female employees.”

Shuma was the founder and leader of a campaign called “Happy Periods”, which revolved around the issue of menstrual health hygiene while working with the Piramal Foundation as a Gandhi Fellow. She has witnessed the real problems faced by women and wanted to do something for their betterment on a greater level. The UK is doing much better in terms of healthcare than India, she adds and says, “People in the UK are more cautious about their mental and physical health. They tend to maintain a diet and exercise on a regular manner, which I think lacks in India. Awareness about the effects climate change has on our health, having more open discussions about mental health and most importantly, taking action, not only by the government but by the people as well, might be some of the areas the Indians need to focus more on. Maybe if the government policies are incentivised more, more people-participation will be seen”.

With the rapid technological and industrial development across the entire globe, the spread of diseases seems to be at its apex. The recent pandemic had devastating effects, both physical and mental. Shuma addressed this issue as well stating, “Diseases today no longer are country-specific. The illness of the Orient reaches the West in a jiffy”. Her course also includes the topic of tropical medicine which will prove to be useful in providing good healthcare around the world. With the aim of improving the international healthcare with special focus on female hygiene, Shuma is giving her best in achieving greater good for the society.