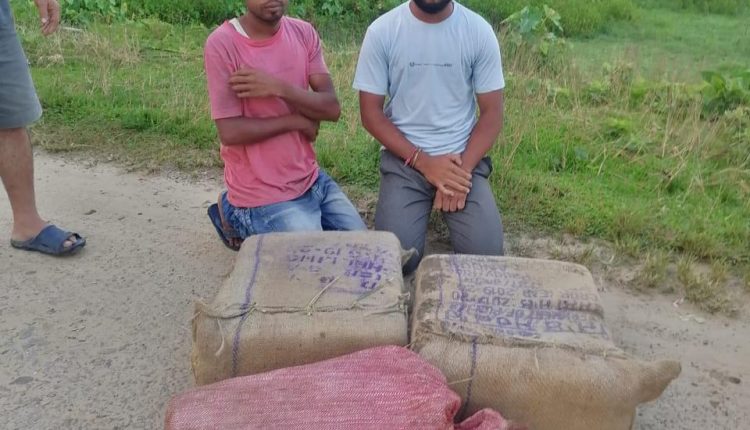 In another well organised anti-drug campaign, the SDPO Lakhipur in collaboration with Lakhipur Police has busted cannabis (ganja) in the Lakhipur constituency this morning. The incident happened at Dilkhush area under the Lakhipur PS of the Cachar constituency, where the Lakhipur police intercepted two Auto-rickshaws along with the drivers. Upon checking the vehicles, the police were able to recover 51 kg of cannabis stashed inside both the Auto-rickshaws which were seized immediately by the police. The two drivers were also arrested accordingly.

According to the SDPO Lakhipur, Kulapradip Bhattacharjee, based on a secret source, he along with the Lakhipur Police put up a trap to intercept the suspects carrying illicit drugs. At around 4:50 am on Thursday, Lakhipur police led by the SDPO Lakhipur successfully intercepted two auto-rickshaws at the Dilkhush area. Upon thorough checking, they were able to recover 51 kg of ganja hidden inside the vehicles, after which both the drivers were immediately arrested.

The names of the arrested miscreants are Prasenjit Das, aged 32, of the Amraghat village under the Kachudaram PS, and Appu Das, aged 22, of the Chotojalenga Part III under the Dwarbond PS. Both the apprehended individuals are kept under police custody as of now. Follow-up action is being initiated against the apprehended.