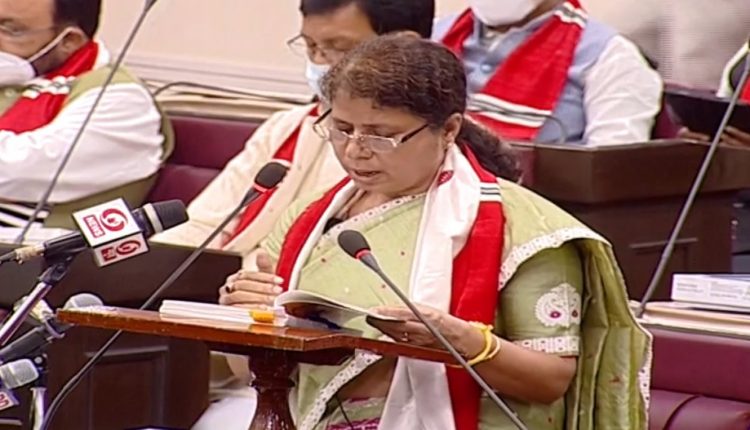 At the very beginning, the Finance Minister of Assam Ajanta Neog thanked Prime Minister Narendra Modi, Union Finance Minister Nirmala Sitharaman, Home and Defence ministers of the country. She presented to the house how the economic condition of the state improved in the last five years under the BJP government. She also mentioned that the Finance Department looked into the ‘Sankalpa Patra’ that BJP presented before the election.

“We are accountable to the people of the state and the Sankalpa Patra will be fulfilled. But, I have not managed to address all the issues in this budget, I assure you that those will be addressed in future budgets,” said Finance Minister Neog.

She informed that State upped the number of hospital beds to 20,464 in order to deal with the second wave of coronavirus infections. She said that pre-COVID, the state had 400 ICU beds and were only limited to Medical Colleges. Out of them, 120 ICU beds were used for COVID treatment and there were 400 Oxygen beds. Neog said that ICU beds have been increased to 1,540 in the State and 1,099 ICU beds were used for Covid treatment during the second wave. Similarly, Oxygen beds were also upped from “400 odd” in Medical colleges to 3,805 across medical colleges, district hospitals and model hospitals. More than 95,000 Covid patients were treated free of cost said the Minister.

Providing employment to the youth is a priority of the government and the Chief Minister has already announced that 1 lakh jobs need to be provided. We are evaluating vacancies and posts that are needed to be abolished. We are evaluating the posts and we have got a list of 1,43,000 vacant posts that need to be filled. Special attention will be provided to ensure that deserving candidates are getting the appointment.

The beneficiaries under Orunodoi Scheme will get Rs 1,000 per month instead of Rs 830 per month. Not only that, the number of beneficiaries will be upped to 6,36,000. Rs 18 crore has been sanctioned for the Arunodoy Scheme.