Mamata Banerjee holds regards for “Sontosh Da”; Most of the discussion in today’s meeting were about relationships

Satindra Mohan Dev’s granddaughter, Sontosh Mohan Dev’s daughter and above all, a strong defender of the Gandhi family, Sushmita Dev has been one of the biggest loyalists of the Congress in thick and thin. Yet the party that could not keep her within the pack. Like Jyotiraditya Scindia, Himanta Biswa Sarma and in fact, Mamata Banerjee, Sushmita Dev found resigning as the only way to leapfrog.

Speaking exclusively with Barak Bulletin, Sushmita Dev said, “It was a hard decision for me.” She added, “Three generations in Congress and three decades for me. I joined Congress as a student and continued to work for the party. But whatever politics I understand, I realised, this is the only way for me to work for my people, look after the interest of people and protect my supporters.”

If sources are to be believed, then Mamata Banerjee offered a warm welcome to Sushmita Dev at her office. Both of them had a long discussion about the chief minister’s relationship with Sontosh Mohan Dev. After the meeting, Sushmita Dev said, “Both Abhishek Banerjee and Mamata Banerjee have a clear vision, they know the path ahead and I hope to play a role in that journey.” 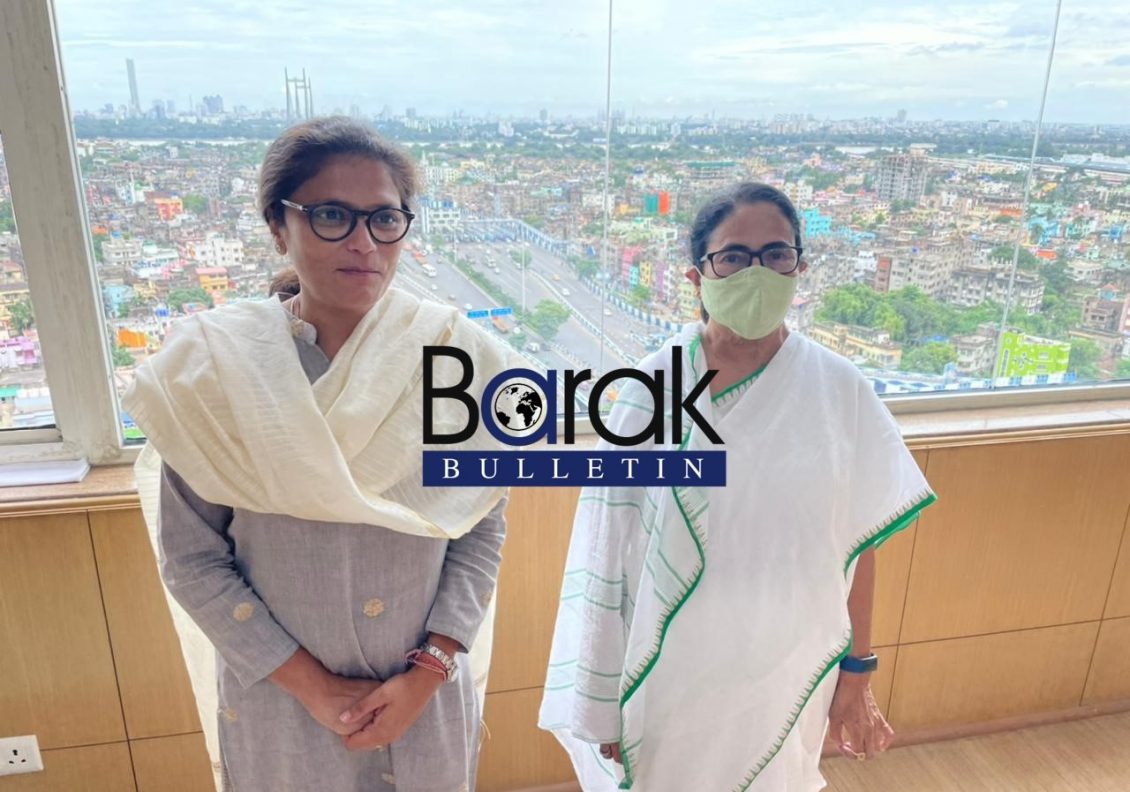 Sushmita Dev did not say a word against the Gandhi family or the Congress and the family too did not react. The official reaction came from the party’s national spokesperson Randeep Singh Surjewala who said, Sonia Gandhi, did not receive any such resignation letters. As the exodus in Congress continues, the Assam Pradesh Congress Committee president Bhupen Bora wrote to working president Kamalakhya Dey Purkayastha asking him to “camp” in Silchar and take stock of the affairs in Cachar Congress.

There are rumours that a large number of Sushmita Dev-loyalists might leave Congress and join her at All India Trinamool Congress, if not immediately then in the long run. It will be a herculean task for Kamalakhya Dey Purkayastha to come from Karimganj and hold a fort at Cachar Congress.

Tomorrow, Sushmita Dev will attend a press conference in New Delhi and the day after she will reach Silchar. The dynamics in Congress and the role that Dev will play in Trinamool Congres will become clear in the next couple of days.