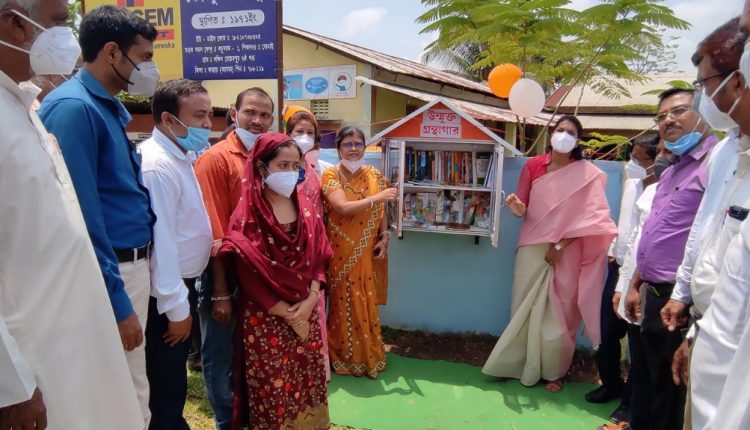 The National Librarian day is observed on August 12 all over the country, in remembrance of National Professor of Library Science Dr SR Ranganathan (1892-1972). This year, a programme was organised at the 1017 Dakshin Mohanpur LP School on Thursday, situated at the Sonai constituency. At the event, a one-of-a-kind street library was inaugurated by the Cachar Deputy Commissioner Keerthi Jalli which aims to provide free books for all. With a donation of books from various leaders, intellectuals and scholars, the street library offers books for free of cost to anyone interested, which will attract the young generation into reading further.

The brains behind this noble project are SM Firoj Laskar and his wife Lucky Laskar. Firoj Laskar is the Cluster Resource Centre Coordinator (CRCC) of the Sonai block, and Lucky Laskar happens to be the Headmistress of the Dakshin Mohanpur LP school. Laskar has himself studied in the same school and has a deep need to give back to society. He has spent his own money in building the street library with donations of books from various leaders. Along with his wife, he had chosen to feed the very system in return for their savings.

While talking to Barak Bulletin, Firoj Laskar said, “A couple of weeks back, we got an order from the Axom Sarba Siksha Abhiyan Mission to observe the event on the occasion of the National Librarian Day on August 12 and to also celebrate the Library week from August 1 to August 7. We did arrange the event along with other competitions for students like Quiz, Essay writing, etc. But then I thought to do something different and sustainable, and I remember seeing in some foreign country that they have this fine system of donating and exchanging books. Thus, I decided to start a street library in this school where I have studied, with the help of donated books from all kinds of people who were willing to contribute.” Firoj Laskar and Lucky Laskar have both spent money from their own pockets to set up this street library so that people in their region can access all kinds of knowledge and information. 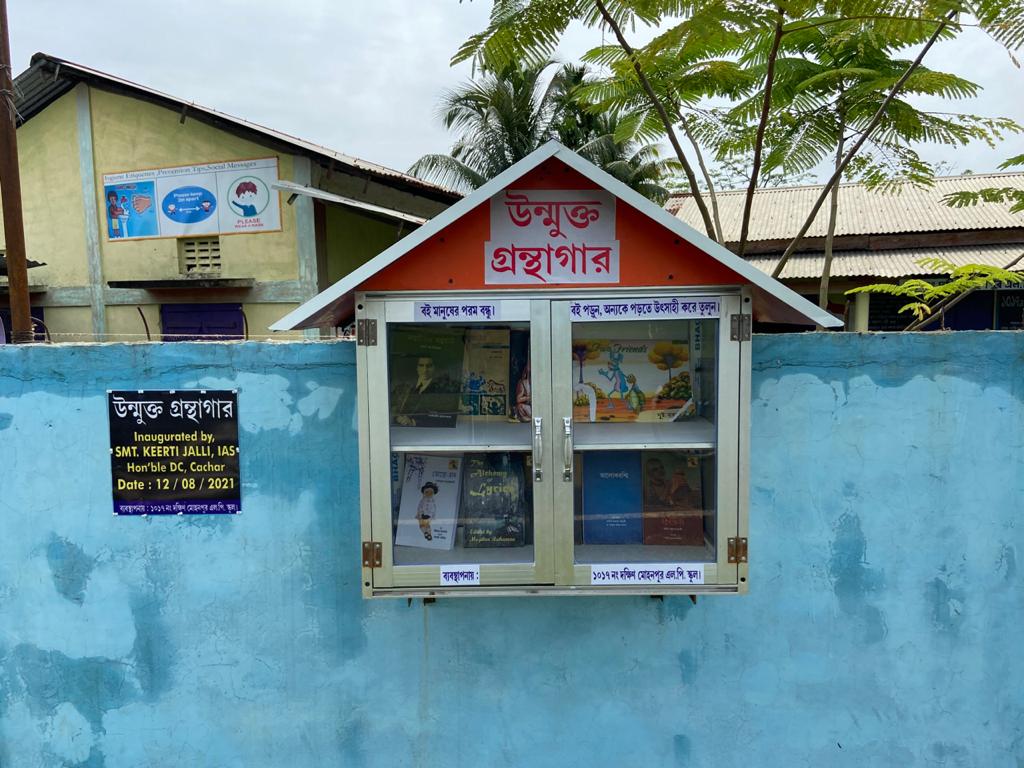 Anyone interested to read any book can borrow by registering their names and contact details so that in due time, that book can be returned. Along with books donated from several individuals, Firoj Laskar himself has also donated many of his books. While expressing her views, DC Keerthi Jalli said, “It is indeed a proud privilege for me to inaugurate today at Dakshin Mohanpur LP School, a street library with free books for all, a concept developed by Cluster Resource Centre Coordinator (CRCC) S M Firoj Laskar for the first time in Assam.” 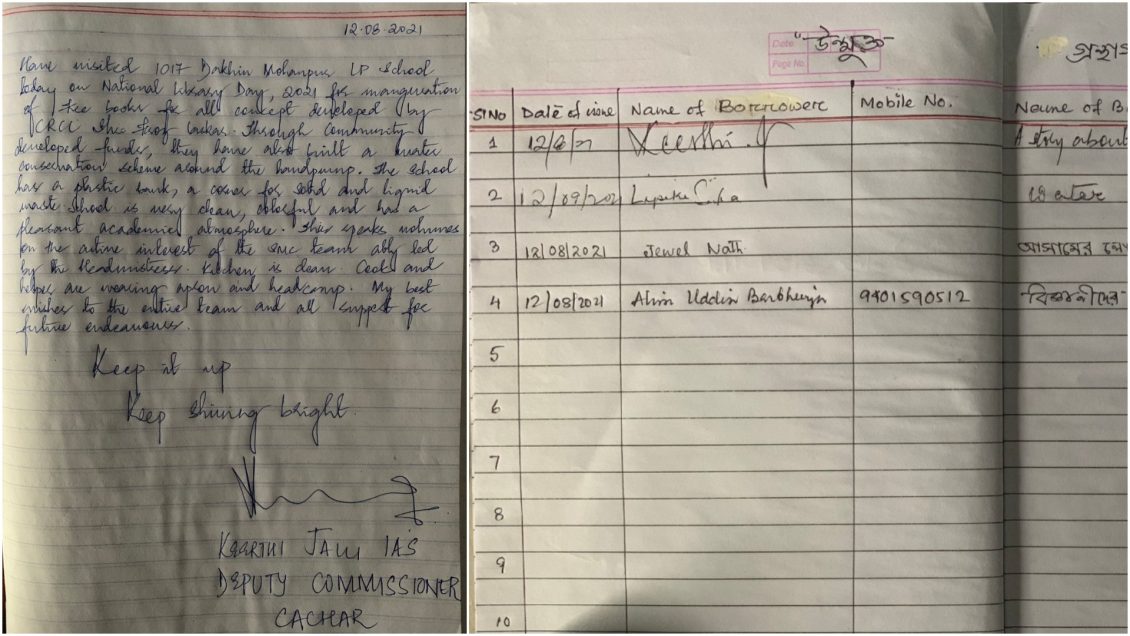 “By reading books, people learn diverse things and thereby the knowledge acquired by them also helps in nation-building. Books are man’s best friends and they have magical abilities,” she said as she borrowed the first book on ‘Brief History of tea in Assam’ with a promise to return it within a week with ten more books. “Such efforts are rare and deserve appreciation,” added the deputy commissioner.