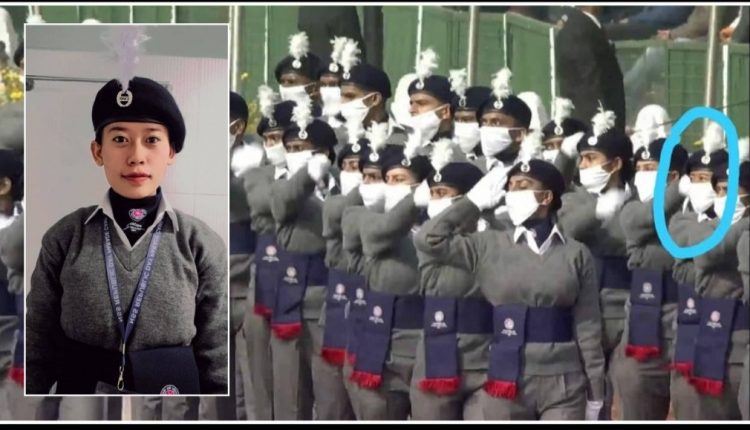 On January 25 – the eve of 73rd Republic Day, the Prime Minister of India Narendra Modi had shared a video from his social media pages. “Ek Bharat Shresth Bharat”, the video had a monologue about how India despite being heterogeneous, despite having so many languages and different point-of-views remains united.

The monologue followed by a young girl saying, “Mein Assam Ko Represent Kar Rahi Hoon, Par Actually Mein Manipuri Hoon” (I am representing Assam here but actually I am a Manipuri). She added, “I perform both Bihu (traditional dance in Assam) and Manipuri traditional dances.” This one line from the young girl explains the essence of India.

But who is that girl? Her name is Deepa Leima. She hails from Sundari Part IV village in Sonai. She is one of the eight to get selected from Assam who went on to represent the state for the National Service Scheme at the historic Republic Day parade in Rajpath.

From the various universities of Assam, a total of 40 NSS volunteers have attended the East Zone Pre-Republic Day Parade Camp at Siksha O Anusandhan University, Bhubaneswar. A total of four boys and four girls got selected from it. Among them, Deepa Leima is one. 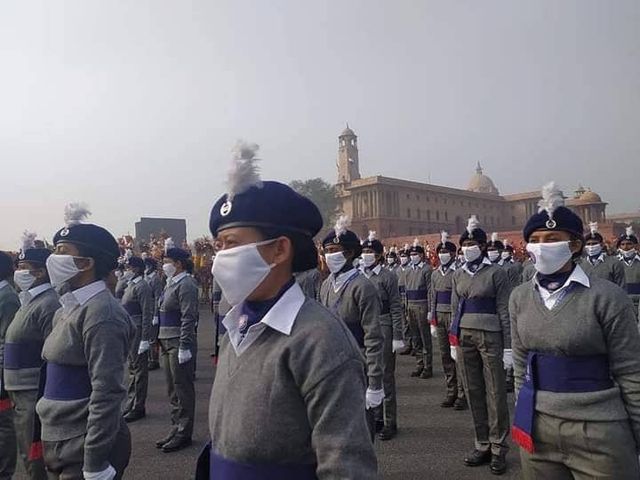 She did her schooling at St. Capitanio School in Silchar and had won the best cadet award in an inter-school parade in Cachar while she was studying in class VII. Her father is a man in uniform deployed in Artillery Regiment. He got posted to Siachen Glacier and then to Allahabad. Many other members of Deepa’s family are employed with the armed forces. She says she has always drawn inspiration from them.

With her mother, she left Silchar for Allahabad and as a typical army-child, kept on shifting from one place to another. Currently, she is residing at Guwahati and pursuing her graduation. From performing in front of Prime Minister Narendra Modi to marching at the Rajpath on January 26, Deepa Leima recalls it as an “astounding experience”.

NSS is the only civil contingent allowed at the historic parade on January 26 at the capital and the fact that she was a part of it is a massive achievement. However, it wasn’t a cakewalk by any means. Deepa feels because the NSS cadets are not regularly into the routine of parades it was far more difficult for them. The training process was tough and sustaining was tougher.

The National Service Scheme is an Indian government-sponsored flagship for public service program conducted by the Ministry of Youth Affairs and Sports of the Government of India. Popularly known as NSS, the scheme was launched in Mahatma Gandhi’s Centenary year in 1969.

She passed through one after another selection rounds. She marched past the guests of honour on January 26 while saluting the tricolor. She saw the Rafale fly over her heads and women commandant in charge of proceedings. “It was me starring at my future,” says Deepa Leima who wants to join the armed forces herself.

Due to the COVID protocols, the officials from Indian Army were placed under quarantine because of which, NSS got their drill instructors pretty late. “It was difficult for us as we are not accustomed to the routine. However, it feels great that overcoming all the obstacles, we have managed to pull it off. The NSS received appreciation from all quarters,” she asserted.

“Credit goes to the drill instructors. They gave us – a young bunch of students a lot of attention. Brigadier Naik, I must name, he took charge, realised our shortcomings and then prepared us to perform shoulder to shoulder with all the seniors marching at the Rajpath,” she added.

Out of the 200 NSS volunteers, 30 got the opportunity to perform in front of the Prime Minister. Deepa Leima was one of them. “He saw us, he judged us and it was a different feeling for me. Yes, we performed at schools and colleges, but performing at the Prime Minister’s residence brings a different glory,” she shared.

Recalling her days in Silchar, she says her grandparents, maternal uncle, and all other family members still live in Silchar. “When my father got posted at Siachen Glaciar, my homemaker mother decided that we will not go with him and instead stay in Silchar. So we stayed there. Yes, now I stay in Guwahati because of my academics and my father has also retired, by originally, I am from Silchar,” shared Deepa

About the future, she has no doubts. “My aim is to become an Army Officer,” she says with conviction and without any hesitance. Deepa Leima is now preparing for various competitive examinations and aspires to join the Officers Training Academy. “The drill instructors we got were from IMA, NDA, OTA and I feel blessed that I got an opportunity to interact with them. For me, I saw a glimpse of my future there,” she concludes.