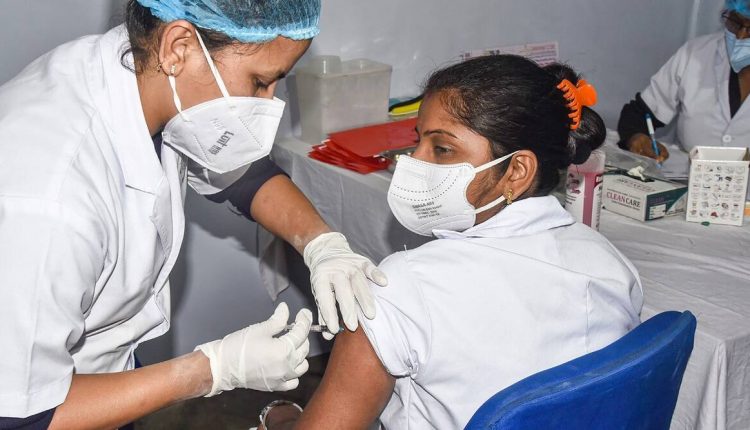 It was the Mega Vaccination Drive. All the districts in Assam were given targets to achieve. Cachar’s target was 50,000 doses about 23,000 jabs more than the district ever inoculated in a day. The healthcare team involving nurses, Anganwadi workers, teachers in dozens were already worried if they would meet the expectations. To make it worse, it started raining cats and dogs.

As the day progressed, hundreds of beneficiaries started queuing up. The team was overworked and some even skipped lunch. It paid off. Cachar crossed 50,000-mark at around 9:00pm. “DC madam was optimistic.To boost our morale she told us that we can achieve the target, but to be honest, we did not think we will make it,” says a senior nurse.

Not only did Cachar met the target, but the district also emerged as the district to inoculate the most number of doses in the state. There was some confusion as Cowin’s dashboard at 11:30 pm stated that Nagaon has inoculated the most number of doses in Assam. Putting all confusion aside, Munindra Nath Ngatey, Director of Health Services (Family Welfare) confirms Cachar was miles ahead to secure the pole position by inoculating 64,825 doses.

“Cachar managed to generate awareness beyond urban areas and that is why, the district secured the pole position on the Mega Vaccination Day. Earlier Cachar was concentrating resources in the urban areas only but with more CVCs in the rural areas, the district ramped it up and the number reflects it,” said Munindra Nath Ngatey, Director of Health Services (Family Welfare) in charge of vaccination programme in Assam.

He lauded the efforts of healthcare workers, “Anganwadi, Asha and the entire group of people associated with the drive deserves all the credit. Without their efforts nothing of this would have been possible,” said Director Ngatey.

Nagaon followed Cachar with 59,661 doses while Tinsukia provided jabs to 54,185 beneficiaries according to the number shared by the director.