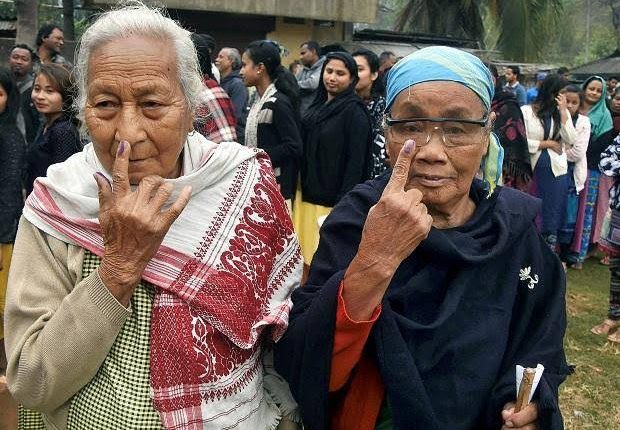 A Home Ministry-appointed committee has suggested that 1951 should be the cut-off year for defining the indigenous people of Assam and introduction of the Inner Line Permit (ILP) to control the movement of people from outside the State, sources said on Monday.

According to News Agency PTI, the committee has also suggested two formulas for the reservation of seats for the indigenous people in the Assam Assembly and Lok Sabha constituencies of the State, including 67% quota for them.

The high-level committee was set up by the Ministry to suggest ways to provide constitutional safeguards to Assam’s indigenous people.

The sources said the 13-member panel, headed by Justice (Retd.) Biplab Kumar Sharma, finalised its report last week, conveyed to the Home Ministry that it was ready to submit it to Union Home Minister Amit Shah and sought an appointment with him.

The report is expected to be submitted this week itself.

The committee, according to the sources, unanimously recommended that those who were residents of Assam in 1951 and their descendants, irrespective of community, caste, language, religion or heritage, will be considered as indigenous people of the State.

Besides, the panel suggested that the ILP should be introduced in Assam so that movement of people from outside the State could be controlled.

As per the rules, outsiders have to take permission from designated authorities before entering the areas where the ILP is applicable.

In case of reservation of seats in the Assam Assembly and Lok Sabha constituencies in the State, all members, except three, have suggested that 67% seats should be reserved for the indigenous people. The remaining three members suggested that the reservation in legislative bodies should be 100%.

In addition to the 67% reservation for the indigenous people, 16% will also be reserved for the Scheduled Caste and Scheduled Tribe communities.

In case of State government jobs, the committee recommended 80% reservation for the locals.

A number of other recommendations were also given for the protection and growth of Assamese and other indigenous languages.

“The committee’s job is over. After its formal submission, the Central government can either modify, reject or implement (the report) in toto,” a source quoted by PTI.

The committee was set up in July 2019 as per the Clause 6 of the 1985 Assam Accord. The clause envisages constitutional, legislative and administrative safeguards to protect, preserve and promote cultural, social, linguistic identity and heritage of the Assamese people.

Assam has witnessed widespread protests against the CAA. There has been a growing feeling among the indigenous people of the State that the newly enacted legislation will hurt their interests politically, culturally as well as socially.