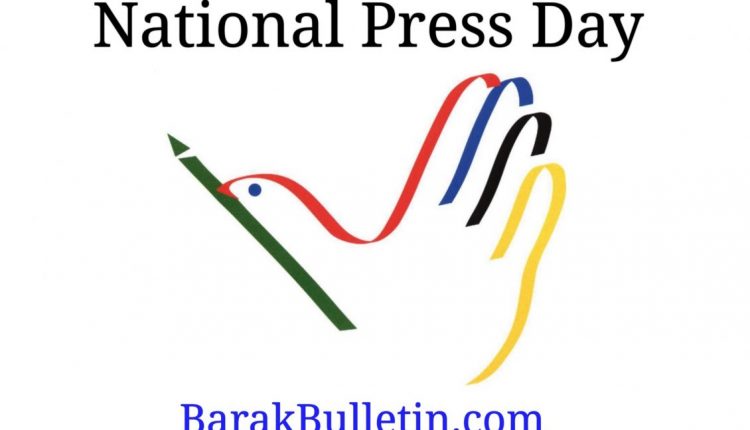 National Press Day: Labeling the entire media as bikao is like saying all men are rapist

In the initial stages, the journalists had to master the art of print reporting and writing. Print is still considered as the most credible source of information around the world as well as in India. But both circulation and revenue is shrinking fast. After print, came television – more real time, audio visual and immersive form of communication. Till five years back, TV was the undisputed champion in both consumption and revenue. In India there are 18.4 crore homes with TV, on an average 4 people watch one TV. Which means close to 73.6 crore people watch TV and a significant number of them consume news in some language or the other. Just to draw a comparison, America’s total population is 33.7 crore while England’s is 6.6 crore.

Since last three years, the media landscape around the world and in India is rapidly changing. Rupert Murdoch sold his Fox, which owns Star India along with many other international brand to Disney. In India, Shubash Chandra owned Zee group recently announced that it would like to sell off up to 50% of its stake and if they get a great amount they are even willing to sell off. All this is happening due to the emergence of smartphones, availability of affordable data and the advent of digital media. There are 44.4 crore smartphones at this stage and by 2021 the number will shoot up to 80 crore in India. People are now reading news, watching content and playing games on mobile phones and the phenomenon is penetrating deeper and deeper.

Digital is a marriage of print and broadcast, and journalists are now learning the art of cyber journalism. In each and every phase journalists did a phenomenal job to shed light on the dark and expose the loopholes. During emergency, Indian Express’ blank paper still remains one of the biggest press protest. During the Bhopal Gas strategy, India Today’s reporting is still considered as the golden standard of journalism.

However, off late, journalism is going through a credibility crisis. There is serious trust issue among readers and they are always apprehensive. It is mostly because of herd minded media owners either trying to impress political leaders or earn some easy points. With digital, click bait has also grown and in order to catch attention people are writing headlines which usually they would not have.

Similarly for TRPs, people are shouting at a decibel which otherwise they would not have. Terms like Presstitutes, Bikao, Fake have spawned out of one or two minor inconsistencies or were propagated by parties to benefit themselves. The media fraternity has taken it with a pinch of salt but by no means it shows that the entire fraternity is corrupt. There are journalists reporting in Bastar, Mizoram, Kashmir, Sabrimala and all around the world for as less as Rs 25,000 a month. While criticism is healthy, generalisation is harsh and wrong. Saying that the entire media is bikao, is like saying all men are rapist.

This national press day, Barak Bulletin pays a tribute to all the journalists – the fourth pillar of democracy.

A drop in the ocean is Barak Bulletin. We started on February 2, 2018 with a motto to take Barak Valley’s story to the world. Nine months later with a lot of gratefulness, we are proud of the fact that we have reached out to 254 countries around the world. We have more than 2 lakh unique users and more than 5 lakh pageviews as of today. We never thought we would be accepted with so much love and affection. On the occassion of National Press Day, we assure to all our readers, we will continue to invest our heart and soul to ensure on bringing to you each and every news from Barak Valley with accuracy. Whatever we are, we are because of our readers and we respect each one of them