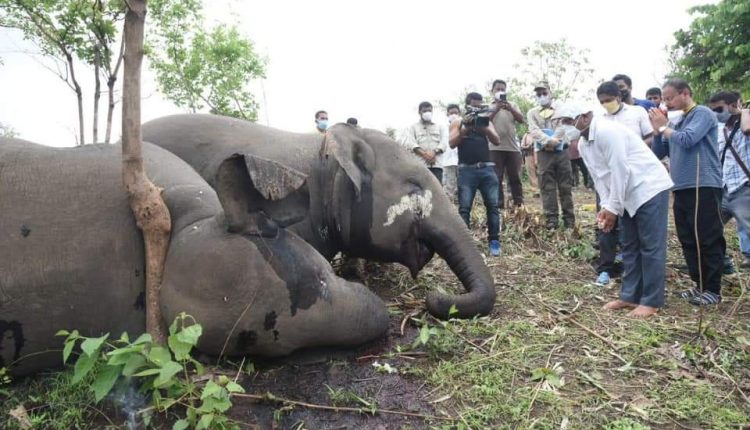 Eighteen elephants died in lightning strikes at a forest in Nagaon district of Assam, a senior Forest Department official said on Thursday.

The incident happened on Wednesday night at a hill in the Kundoli proposed reserve forest in the Kathiatoli range, Principal Chief Conservator of Forest (Wildlife) Amit Sahay told PTI.

“The area is very remote and our team could reach there on Thursday afternoon. It was found that carcasses were lying in two groups. Fourteen were lying atop the hill and four were found at the bottom of the hill,” he said.

On Friday, Suklabaidya visited the spot in Kothiatoli, Nagaon where 18 elephants succumbed to death.

An enquiry committee headed by an AFS Officer & a team of veterinarians has been instituted, the preliminary report of which has been asked to be submitted within 3 days & a detailed investigation report within 15 days. We will unravel the exact reason behind their tragic death soon.

The preliminary investigation found that the jumbos were killed due to electrocution caused by lightning last night, but the exact reason will be known only after post- mortem. The district already had cases of man-animal conflicts.