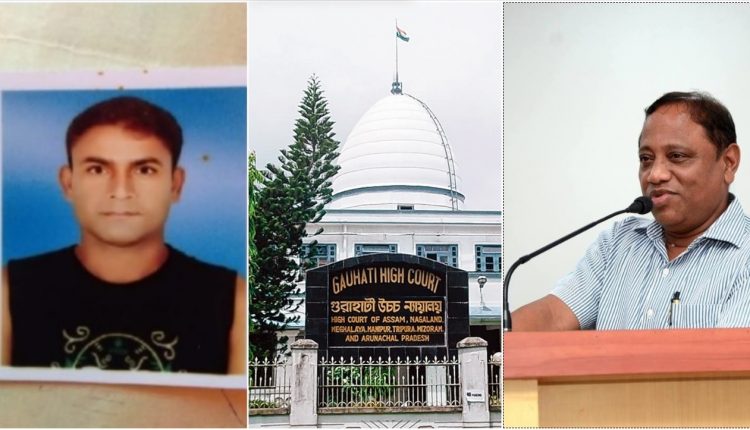 Forest and Environment, Fishery and Excise minister of Assam, Parimal Suklabaidya’s once upon a time driver and caretaker, Kajal Dutta is missing since August 2016. The news had first surfaced in December 2019 when Kajal Dutta’s mother, Shefali Dutta confronted the media stating she has received no cooperation from the minister or the state police.

On August 7, the court asked for status reports and affidavits which the state’s counsel had submitted before the judge. While hearing the case on August 28, the Gauhati High Court stated, “Additional Senior Government Advocate has produced a status report as well as a copy of the statement of the witnesses in a confidential sealed cover which were recorded by the investigation in the meantime.”

From the materials produced as well as from the affidavit filed, the court observed, “It appears that the detenue/missing person, Kajal Dutta had conversed with some persons on his mobile phone numbers. The statements of the persons with whom he had conversed on the evening he went missing were also recorded. But no information is available as to whether the two mobile numbers are still active and whether any calls were made from the mobile numbers subsequent to the conversation with the three referred persons.”

The court was critical of the role played by Police so far. It stated, “From the statement of the witnesses and the affidavit filed, it appears that some investigation was initiated, but it did not progress any further and it remained there, resulting in a situation where police are unable to arrive at any conclusion as to what had happened to the detenue/missing person.”

The Gauhati High Court ordered, “The Police to conduct further investigation in a more rigorous and purposeful manner and submit a status-report to this Court on the next date fixed as regards the investigation that may take place in the meantime.”

Parimal Suklabaidya’s counsel PN Goswami stated that a respondent, in this case, Parimal Suklabaidya is a political personality and the information regarding the proceedings before the Court is being provided in the media through the petitioner for political mileage. The court took it into consideration as said, “The Court is undertaking the proceeding to find out the legal issue involved in this case including the criminal elements present in it as well as the kind of investigation that has been made and whether it is as per law. The proceeding should not be connected with any publicity or any political agenda of the respective parties. Accordingly, we restrain the petitioner (Shefali Dutta) and the respondent no. 5 (Minister Parimal Suklabaidya) as well as the learned counsel appearing for the parties, from publishing the court proceedings in the media henceforth.”