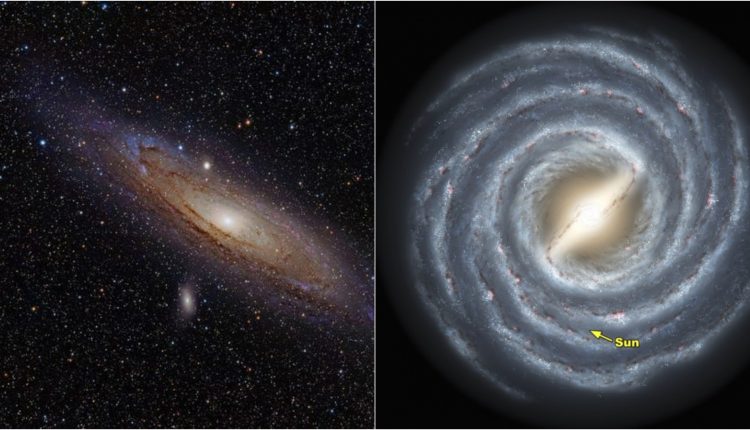 Perspective For Voyage Into The Infinite

On a clear night in a dark location one can see a lot of stars with the naked eye. This might sound like a very normal thing but this is where all the fun begins. Those twinkle twinkle little stars aren’t little at all. Some of them are so big that the Sun would look exactly like an ant does near an elephant. Another fun fact about the universe is that we don’t see it as it is but we see it as it was.

When it comes to objects that lie beyond our solar system, we use the term ‘Light years’. “Light year is the yardstick of the cosmos”. One light years is equal to 9.46 trillion kilometers. To put that into perspective, its 946 followed by 14 zeroes. The vastness of space is way too much to be comprehensible for the human mind. The vastness is the reason as to why the present of the universe is forever concealed from us.

Light is the fastest known object in the universe with a speed of about 3,00,000 kilometers per second. Even with that mind boggling speed, a beam of light that has commenced its journey now will take 8 years to reach us from the brightest star in the night sky, Sirius. Every winter night when you look at Sirius, you’re looking 8 years back in time! This fact also explains how big the universe really is. Our nearest galactic neighbour, Andromeda galaxy, is 2.537 million light years away from Earth which means if you spot the Andromeda galaxy with your telescope then you’re looking more than 2 million years back in time!


Stargazing is a perfect way to refresh our perspective on who we are and what is our position in the universe. We live on an obscure planet which orbits an average star located at the outskirts of the Milky Way galaxy which lies in some obscure and forgotten corner of the greater universe having innumerable galaxies. In that grand scale, looking for the solar system is ridiculously arduous let alone human significance. But that in fact is not demoralising because we are connected in the deepest possible way with the cosmos.

Every atom within our body were forged in the heart of dying stars. As the star died in a cataclysmic explosion, it scattered all of the atoms throughout the galaxy and in some remote corner of the galaxy, those atoms roared to life and started to search for their origin. Our ancestors weren’t the australopithecines (prehistoric early man) of Africa or the first single celled organism that sparked to life on Earth some 3 billion years ago but, they were those long lost stars that sunk beneath the waves of the temporal stream. We are all made up of stellar matters, as the revolutionary astronomer Sir Carl Sagan mentioned, “The cosmos is also within us, we are made of star stuff. We are a way for the cosmos to know itself.”

So there is also a deep significance in our insignificance and that is we are the conscious counterpart of the universe. We wander and wonder, we look for hidden patterns, we are inquisitive enough to ask questions about our own existence. As for stargazers, when they look up, they feel the connection, they feel the cosmic fraternity. In fact we are all stargazers, in some way or the other, we try to find the meaning of life and ask curious questions and this is what makes us human. So lets be human and appreciate the grand design of which we are a tiny part of.