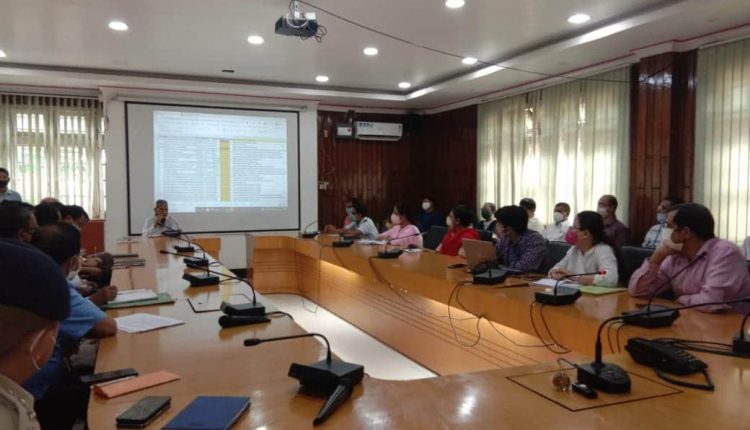 Public Grievances Redressal Day (PGRD) was held at the conference hall of the Deputy Commissioner in Silchar in Friday. Presiding over, the meeting Additional Deputy Commissioner Rajib Roy welcomed all the officials of the line departments present and took up a gamut of issues and concerns of the general public.

In the PGRD, a person named Raju Verma placed a petition with a prayer for special consideration for his son’s admission in Class 1 at Kendriya Vidyalaya. On this, Additional Deputy Commissioner informed him that there is no provision of admission in Class-1 through the district administration since the admission process takes place online.

One Lakhi Prasad, a differently-abled person submitted a petition regarding the loss of his tri-cycle which was meant for differently-abled person on July 26 and made an appeal for initiating necessary action in this regard. He was advised to lodge an FIR at the nearest police station and the District Social Welfare Officer was requested to look into the matter.

In the PGRD, the representatives of Bidhigna Bharati submitted a memorandum praying for a blanket ban on selling of plastic made up of small replica of national flag stating that these flags are left on the streets after the Independence Day and Republic Day celebrations, which is nothing but a complete insult and disrespect to the National Flag. The officers concerned took note of it.

It was informed also informed in the meeting that the pace of disposal of grievances filed by members of the public is picking up fast and the line departments are doing their level best to dispose them of in spite of the COVID crisis. The line departments were asked to intimate the petitioners of the status of their petitions on a regular basis. They were also instructed to follow up on the action taken reports on the matters that come within their jurisdiction.

Beginning June 19 this year, a pet project initiated by Deputy Commissioner, Keerthi Jalli, the PGRD held every Friday, has disposed of 87 petitions, 68 partially with a total number of 115 petitions pending, as on Friday.

Silchar to Guwahati during a medical emergency: “Hospitals should help in arranging pass,” Family