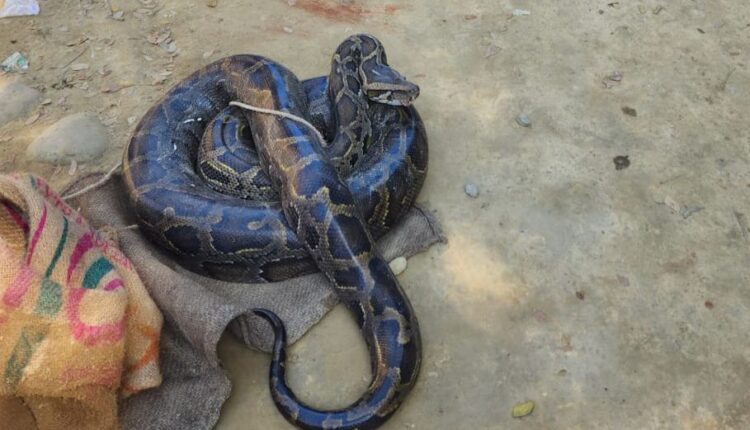 Pythons spotted frequently in Cachar, Why? Dr. Jayaditya Purkayastha decodes the environmental cause

Are humans becoming increasingly savage? Not the definition talked about in urban slang or the as per the urban dictionary but in the true sense. To what extent can a human go to harm another species? Recently, the number of snakes crawling into the domestic territories “claimed” by us has increased by a large number. There are people who have this frenzy of “rescuing” those snakes and in this unprofessional stunt, clicking pictures for their social media profiles. That is not just it, only last Thursday, a huge python was saved hours before it was going to become a meal. Again today, yet another 9-foot-long python was found in the Assam Rifles camp in Masimpur which was rescued and handed over to the Forest Department by the locals and the army.

Lucky for the reptile that people like Lalthomlien Neitham exists, who purchased the snake to release into a natural and safer environment. (to read more, click here.)

In the last one month, as many as six cases of python-rescue have been reported. To Know more about the sudden rise in the number of these reptiles, Barak Bulletin reached out to an expert in Wildlife Biology to reach its roots.

Dr Jayaditya Purkayastha, a Wildlife Biologist from Dhwarbond now based in Guwahati is of the opinion that, “The main reason behind this is habitat destruction. Forests are being accessed more by people these days for the purpose of building houses or other such activities which destroy the habitat and these reptiles are forced to come out of the jingles where they would normally stay and limit their activities. The second point is that the prey species abundance has gone down in our jungles but in human settlement areas the preys are easily available because there are chickens, rats and other such animals which draw the snakes out of the jungles. Another dimension is the awareness factor. People are now aware, earlier we didn’t hear many cases of snake rescues because people would kill any snakes coming their way and it would go unreported. Now people have become aware and rather help in snake rescues than kill them, which is a positive improvement. But rescues again have their own shortcomings”. 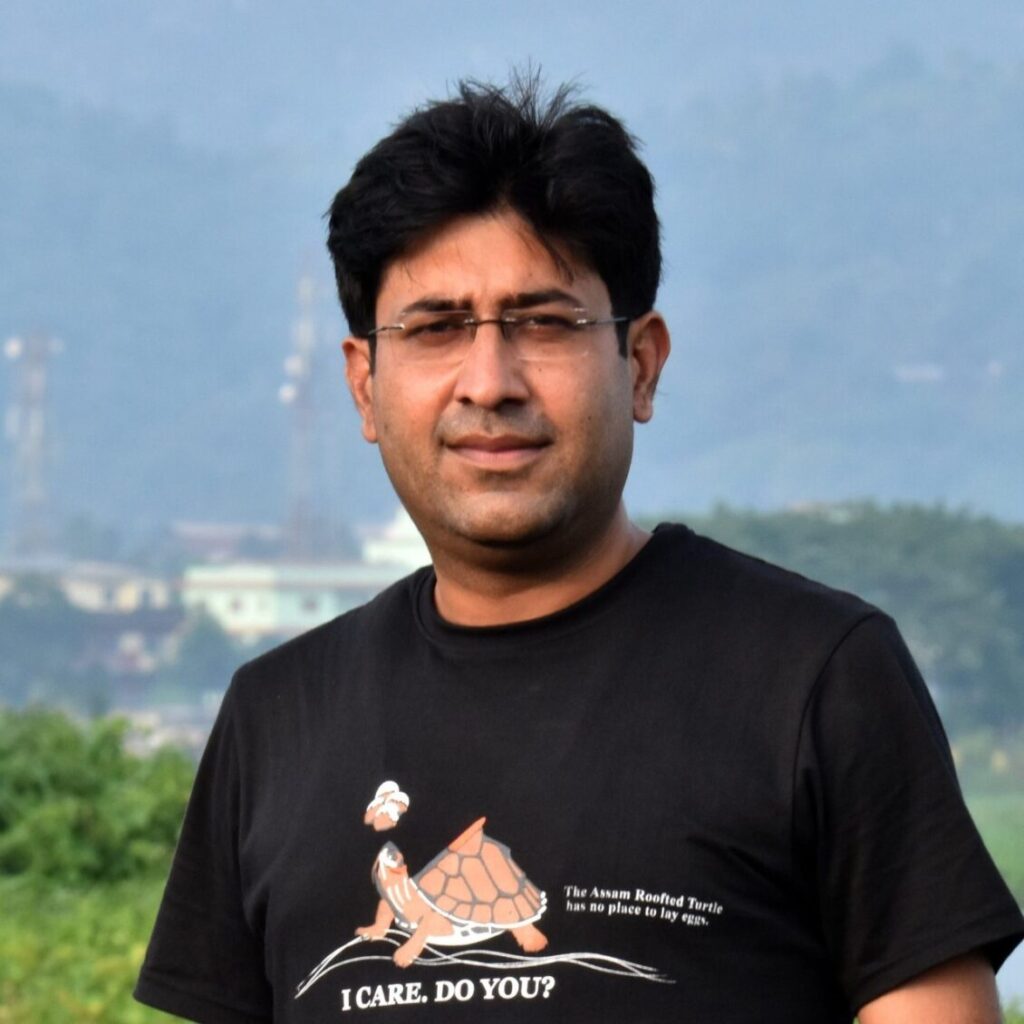 In the recent case of rescue in Sonai as well, the snake almost became food long after the locals there were done with getting enough content for their social media. About the shortcomings, Dr Purkayastha said, “Even though the snakes are being rescued more now by the forest officials, after the rescue, the snakes are being released wherever they are comfortable which makes the artificial rise in the number of pythons in certain areas where they are releasing. Now if there are more snakes in a path of the forest beyond its carrying capacity, the snake might start to come out of that forest. In certain cases, the release might be in areas which are not suitable and the snake might come back to another residential area and cause trouble again. This can lead to a cycle of rescue and release”.

When asked about the solution to this problem, the wildlife biologist said, “If the snakes can be PIT tagged by spending some money, their movements can be studied to identify certain patterns in them and where they are travelling. There is another technique called clipping. In both these techniques, the vital information will be if you are dealing with the same snake repeatedly”. He further added, “In most cases, I believe the rescue is not required but people are doing this just for the sake of rescue as now there is such limelight and social media craze over it. People are rescuing snakes from anywhere and everywhere. If the snake is outside your home or in some garden then it doesn’t need rescue, rather people need to be made aware that it’s their habitat as well. In case you can guide the snake outside without causing any harm or injury. It is more of a PR exercise than a rescue exercise. Now in case, the snake has entered your home then I can understand the fear among people and in those cases go for the rescue. The fear factor comes from the fact that snakes generally have a secretive lifestyle and we don’t see them often. There are many snakes around us and seeing one snake makes you frightened but we have to understand that they are a part of the system as well”.

Answering the question, of what should be the next step after a snake is rescued, Dr Purkayastha said, “After you have rescued a snake, take a photo or two that is okay, you have done a great job. But if you are making a show out of it and start a photo session spending an hour or so, there is no benefit of this rescue. Release the snake immediately after the rescue, and contact the Forest Department for help. If you are keeping the snake for long hours, the snake can become violent or you might harm the snake as well. Your rescue can go in vain. Cautiousness is the key”.