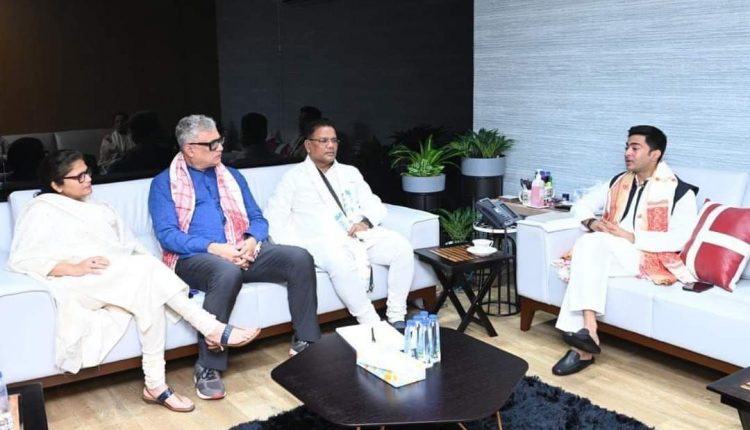 Ripun Bora joins TMC in presence of Sushmita Dev; Will Abhishek Banerjee manage to escape the clash that Congress could not

“For the Bengalis of Assam and especially Barak Valley, I have moved on from Congress and joined the All India Trinamool Congress,” said the former National President of Mahila Congress, on August 16. She added, “It is impossible to remain in Congress and work for the people of Barak Valley.”

Detention Camps, National Register of Citizens, Citizenship Amendment Act, the narrative of TMC in Assam has been reverberating around the woes of Bengalis. Primarily, because Sushmita Dev, a former MLA, MP, daughter of Sontosh Mohan Dev, very close to the Gandhi Family has been the flag bearer of the ‘Maa, Mati, Manush’ party.

Today, her former colleague, one who she walked away from, has joined the party. She witnessed the ceremonious inclusion of Ripun Bora to All India Trinamool Congress. Ripun Bora was Congress’ nominee to the Rajya Sabha, who lost the election because his colleagues in Congress and likely in AIUDF didn’t vote for him.

A former Minister in Assam Government, Ripun Bora is a big name for AITMC to have. This can be called a landmark moment in Assam Politics. At this moment, it looks like a move that will help the BJP by dividing the opposition votes. However, AAP has shown in Punjab that new parties can break into the vote share and come out with a larger share of the pie to win elections. Long long way to go as Assam, much like the northeast is the bastion of BJP. In the Muslim majority constituencies of the state, AIUDF, a political party that calls itself the “Democratic Front” but only fields Muslim candidates, has been winning with ease. In this Political dynamics, how will TMC find its inroads and on the back of what agendas, is something that the party is yet to figure out. 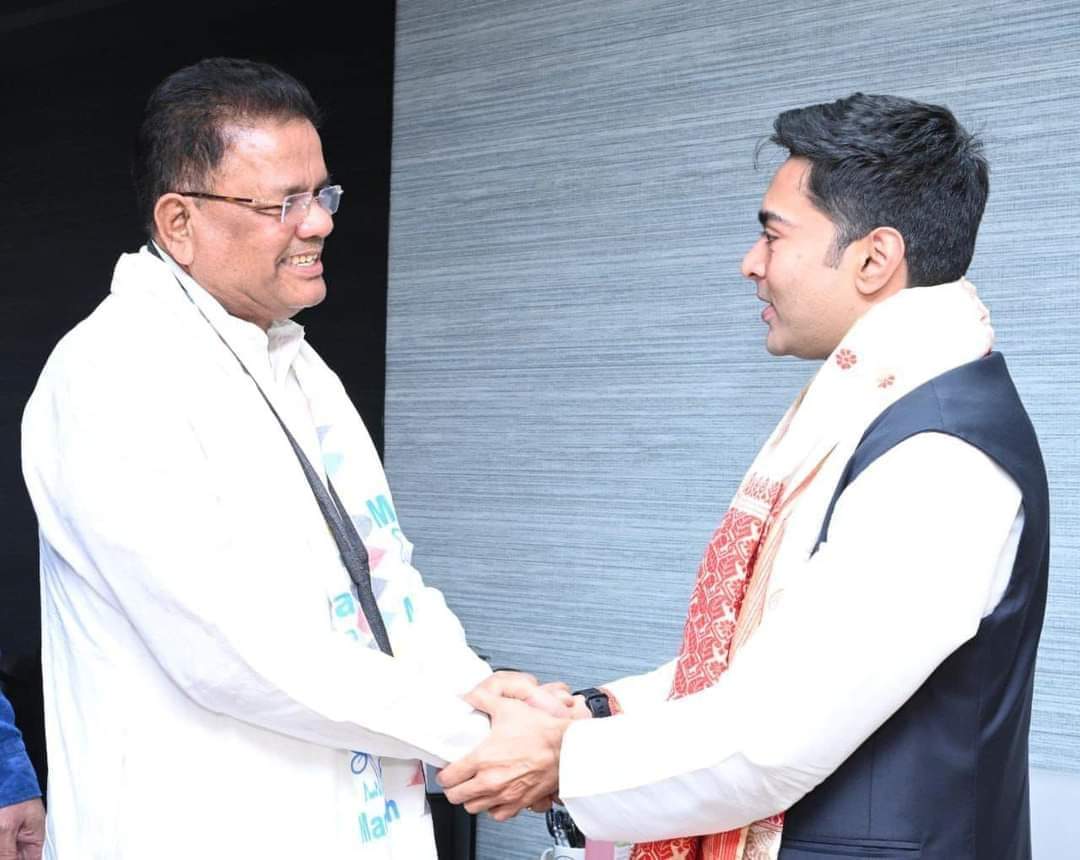 Also, apart from defeating BJP, which is a herculean task in itself, TMC hasn’t been able to set its own narratives in Bengal in recent times. The party finds itself in immense criticism over the rape of a minor and the following insensitive comments from the chief minister Mamata Banerjee.

Coming back to Assam, “Khela Hobe” shared Sushmita Dev on Facebook with the images of Ripun Bora to welcome him as her colleague once again. Those who follow Assam politics, know for sure that Ripun Bora and Sushmita Dev have agreed to disagree on many occasions over several important issues. When all wore Gamusa with “No CAA” written on it, Sushmita Dev didn’t. It is obvious that two leaders will have a disagreement while defining “Khilonjia”. Assam for Assamese narrative will suit TMC in the rest of Assam, but will push Sushmita Dev on the backfoot. Ripun Bora is a bigger name than Sushmita Dev in Assam politics, but Sushmita Dev has tasted bigger successes in National politics, and she won’t back a narrative that pushes her on backfoot in Assam. How Derek O’Brien, sitting between the two, will massage both egos adequately, it is going to be a tricky quiz for the otherwise brilliant master.

In his resignation letter, Ripun Bora wrote that the party’s state leadership in Assam is more committed to maintaining a relationship with the BJP government instead of fighting against it for the benefit of the general public. He terms this understanding as an “open secret” in Assam. He wrote, he is switching the party to a “Rigorously” fight against the BJP for the sake of democracy and secularism.

To do this, the former Assam Pradesh Congress Committee president will have to find a narrative that is true to his own state and not borrowed from the winning formula of West Bengal. While he sits in a room with Sushmita Dev in search of that narrative, won’t there be a clash of titans? It is indeed time to say, “Khela Hobe”.