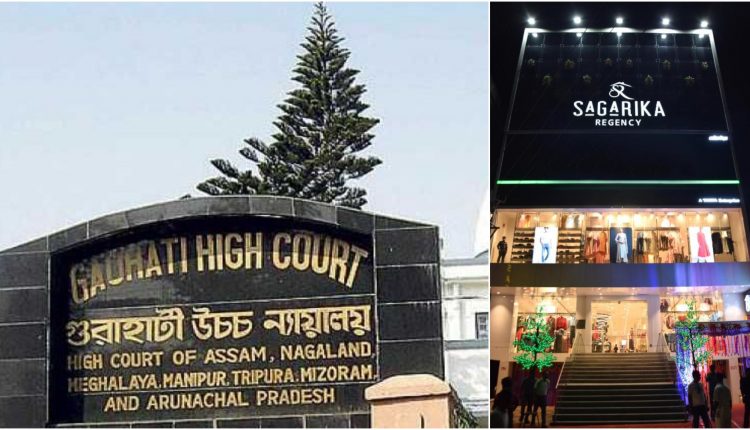 Gauhati High Court has now asked the Deputy Commissioner of Cachar Keerthi Jalli and Executive Officer of Silchar Municipality Board, Sumit Sattawan to “supervise the effective implementation of Court’s orders” in the Sagarika Regency Case.

N. Kotiswar Singh, CJ (Acting) heard the lawyers and listed the case for hearing again on November 16.  The PIL was filed by Subrata Mazumdar and eight others against the owner of the commercial complex Sagarika Regency – Biswajit Roy, State of Assam, DC Cachar, Silchar Municipality Board. The PIL alleged that the commercial complex violated several laws and that is causing problems to the general public.

It added, “The matter relates to an alleged violation of Municipal Laws by Biswajit Roy in connection with which this Court had passed certain directions on earlier occasions on 06.03.2020 and 14.09.2020. We expect the concerned official respondents (DC Cachar and Executive Officer Silchar Municipality Board) to implement this Court’s orders for which they shall submit a report as directed by this Court earlier by the next date on 16.11.2020.”

The chief justice (acting) Gauhati High Court has left the ball on Keerthi Jalli and Sumit Sattawan’s court. “The Deputy Commissioner, Cachar District as well as the Executive Officer of the Municipal Board shall supervise the effective implementation of the Court’s orders passed on the earlier occasions. The Deputy Commissioner, Cachar District will make the necessary survey about the implementation of the Court’s order and will also submit a report by the next date which is 16.11.2020.”

Earlier the court had asked Silchar Municipality Board to furnish a detailed report explaining why it did not take any action against Sagarika Regency. The Board’s lawyer said that the respondent did not receive the communication and due to technical glitches the audio was not clear.

This started in March when in response to the PIL, the Gauhati High Court asked the Deputy Commissioner of Cachar and Silchar Municipality Board to conduct an inspection and furnish an affidavit before the court with a detailed report of the inspection.

It is not only the dimensions, but the report submitted after inspection finds more anomalies. “The building permission was meant for only commercial (General/Retail) purpose. However, it was used for commercial/Hotel/ Restaurant purposes by the private respondent (Sagarika Regency). The permitted number of floors by the Board was only B+G+IV, however, the constructed number of floors was B+G+V (one extra i.e. 5th R.C.C. floor) by violating the building permit. Under the Municipal Laws, Construction can cover 40% of the total land area, however, 71.38% of the land area has been covered by the construction in violation of relevant laws.”

Since the report submitted after inspection finds clear flouting of laws, the Gauhati High Court questioned the Silchar Municipality Board. Chief Justice Ajai Lamba’s order on September 16, 2020, reads, “We hereby call upon respondent No.2 (Sumit Sattawan, executive officer, Silchar Municipality Board) to apprise us as to why appropriate action has not been taken under the Municipal and other related laws although it has come to the notice of the authorities that the respondent has violated the laws causing inconvenience to the public at large.”

Lamba further added in his order, “In case, the explanation is not furnished by the respondent (Sumit Sattawan) by the next date of listing, we might require the personal presence of the officer in the Court to show cause as to why order passed by this Court has not been complied with.”

How DC Cachar Keerthi Jalli and Executive officer of Silchar Municipality Board Sumit Sattawan supervise the situation remains to be seen.